God of another realm

PS Vita
| Not A Hero

Roll7 and publisher Devolver Digital have given Bryan Henderson the title of god in its game Not A Hero.

Henderson is the guy who Peter Molyneux promised would be God of Gods in Godus, which is a prize yet to be fulfilled.

Henderson is realised in pixelated form inside Roll7's 2D action-shooter. He'll appear in BunnyLord's (an anthropomorphic rabbit running for mayor) employee lounge as an NPC inside the game.

The video that was released yesterday alongside the announcement shows Henderson using his godlike powers. Unfortunately, these won't be actualized inside the actual game, at least, not at launch. 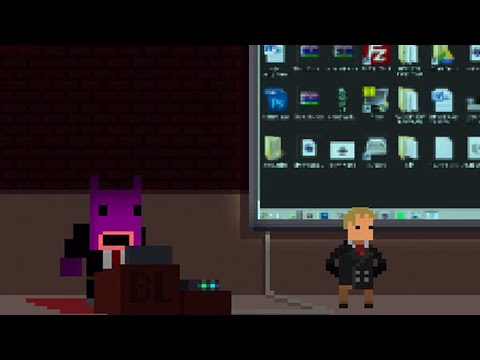 Speaking to Polygon, Devolver Digital's Nigel Lowrie said that he and others at the company felt sympathy for Henderson's story. As Eurogamer found out, it seemed that he had been forgotten about by Godus developer 22cans.

"We then thought we should help make good and get him into a game, however minor that may be, and knew that our developers would be sympathetic," Lowrie said.

"We reached out to Roll7 and, feeling the same way, they immediately said they'd do it."

As we reported yesterday, 22cans has been struggling to put Godus together, and as a result it seems that a number of promises it made may go unfulfilled.

Whether Henderson will eventually make it into the game is yet to be seen. But prospects don't look good at this point.