Android
| Not A Hero

You might now Roll7 from the great 2D skateboarding games OlliOlli, but they also made Not a Hero not so long ago on consoles and PC.

It was described as a 2D version of Hotline Miami and featured over-the-top action and a crazy storyline that saw you cleaning the streets of bad guys for the upcoming election campaign of BunnyLord, your boss. 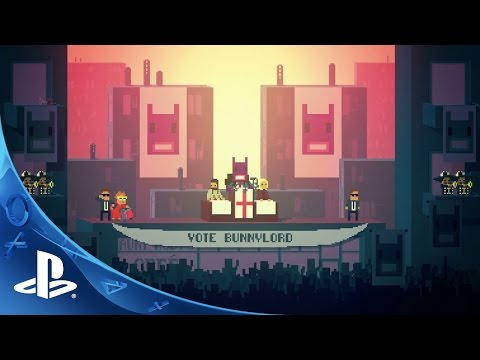 It was supposed to come to Vita but got cancelled earlier this year. This hasn't stopped Devolver from porting the game to Android TV and Nvidia's Shield.

You'll need a gamepad to experience this madness of a game though but I'm sure it's quite worth it. It's available now for €14 here.

Let's hope it comes to Android and iOS phones and tablets at some point.