Following the announcement two weeks ago, Playdigious has added multiplayer to their iOS and Android ports of the strategy game, Northgard. Players can now test their tactical nous against others in three different game modes. They include: 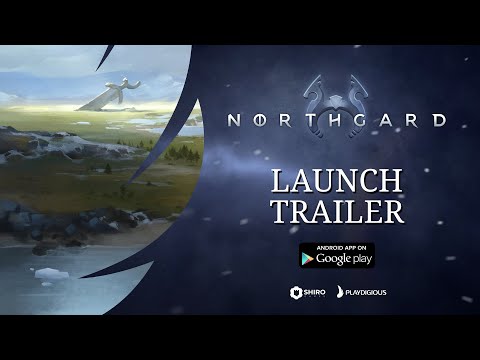 Regardless of which game mode you choose, you will wade into battle after selecting one of the 12 different clans that are available. There are also five win conditions to pursue, allowing for a wide array of tactics. You could look to emerge victorious in battle, trade your way to victory or even chase favours from the Gods.

Of course, if you're not interested in multiplayer, Northgard still has plenty to offer fans of singleplayer strategy games. It sees you leading a Viking into the unexplored titular land of Northgard. A locale that promises great riches but is also home to plenty of danger with dire wolves and undead warriors roaming around.

You will need to establish a settlement and assign different jobs to its populace, such as farmer, warrior, and sailor. Though the aim is to expand your territory, it's also important to manage resources as the winters in Northgard are known for being particularly perilous. Playdigious has also released several pieces of DLC since the game launched, which introduce new Clans, each with its own specialities.

Looking for more strategy games that you can enjoy on your phone? Here are 25 of the best available for iPhone and iPad
Next Up :
Ninja Must Die is an upcoming combat-focused action runner with stylish ink-based visuals, now open for pre-registration