Chuck Norris is on a roll in his first mobile game Nonstop Chuck Norris, out now on iOS and Android

One does not simply stop Chuck Norris

If you've always wanted to be Chuck Norris, now's your time to shine as Nonstop Chuck Norris has arrived on iOS and Android. 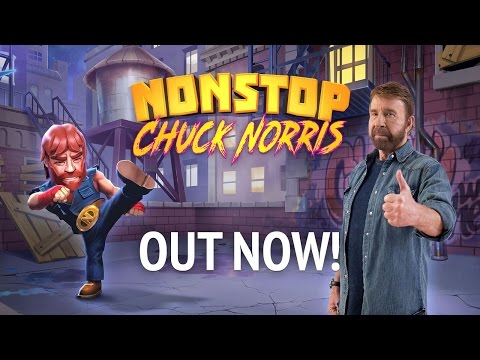 Subscribe to Pocket Gamer on
Well, to be honest, you actually play as his 'sidekick' but it's close enough. In Nonstop Chuck Norris it's your job to help him save the multiverse from hordes of malicious baddies.

Throughout play you can save up points, upgrade your gear, unlock meme-licious pet sidekicks, discover signature abilities, and just kick a whole bunch of butt whilst simultaneously collect Chuck facts.

Chuck'll also keep tearing through villains while you're off doing other things, so no need to keep too close of a watch on him. If you've played flaregames' other auto-battling title, Nonstop Knight, before, you'll know the deal.