From the people who brought you PixelJunk

It's the next beautiful creation by Q-Games and Double Eleven, who previously brought us the PixelJunk series on Vita.

In fact, Nom Nom Galaxy was previously called PixelJunk Inc. before the name was changed.

It has you working with friends to build, expand, and defending an interstellar soup factory. This means you'll be engaging in tower defence, platforming, exploration, resource management, and more.

It's a right mix of genres, so hopefully that'll keep you occupied with all the various challenges to handle. If that's the case, you'll barely have time to look at the wondrous art work.

Ah well, you better take it in while watching the trailer below, then. 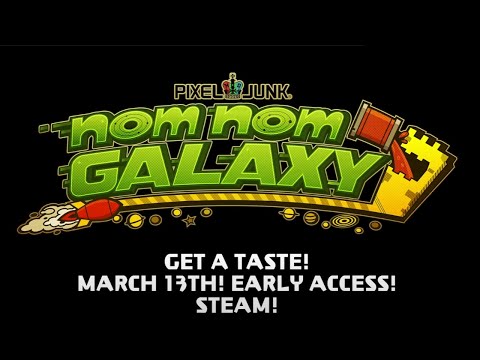 Double Eleven has been working to ensure that Nom Nom Galaxy's online multiplayer experience is seamless.

You and your friends will be able to drop-in and out without hassle. You'll also be able to play with people across PS4 as well as Vita.

There will also be asynchronous and community challenges for you to partake in while you play.

There was no release date for Nom Nom Galaxy on Vita given. We'll let you know when we hear of one.

More information on the game is available on its website.