Backflip Studios is keen to share the success of its NinJump series of jump and slash games.

The boast is that between NinJump and NinJump Deluxe, a pretty impressive 80 million downloads have been accrued.

In apparent celebration of reaching this number, Backflip is rebooting NinJump after its three year absence with NinJump Rooftops.

Whereas the previous NinJump games were vertically scrolling platformers, Rooftops is a sidescrolling endless runner.

Sticking to what made the series popular in the first place, Rooftops involves running, jumping, and defeating hordes of enemies along the way. Collecting coins and jade crystals will also allow for your ninja abilities to be upgraded. 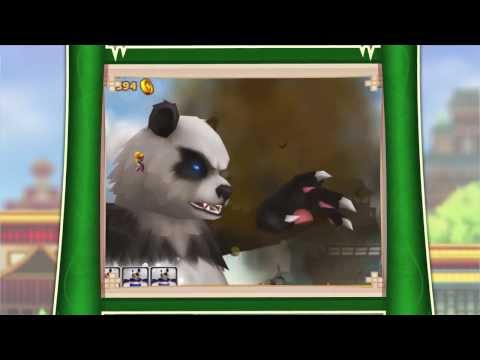 As you'd hope, the match-3 inspired combat bonuses remain also. Just slay three of the same enemy in the row and you'll be granted various bonuses to keep you alive for longer.

If you're eager to check out what Backflip has done with NinJump in this latest game, you'll be pleased to hear that Rooftops will launch on the App Store for free on October 31st. IAPs offer coins and jade crystals if you're looking for a quick fix.

It's also worth noting that NinJump Rooftops has already soft-launched on the Canadian App Store for the really keen.