Backstab in the face

Update on June 22 at 10:43: NinjAwesome is now out on both iOS and Android. It's free but it remains to be seen how annoying that business model will be. Let us know how you like it if you give it a try!


NinjAwesome might not have a whole lot to do with sneaking or other activities that you'd usually attribute to ninjas but as a retro-platformer it does look great. It's set to hit iOS and Android this week, on June 22nd. 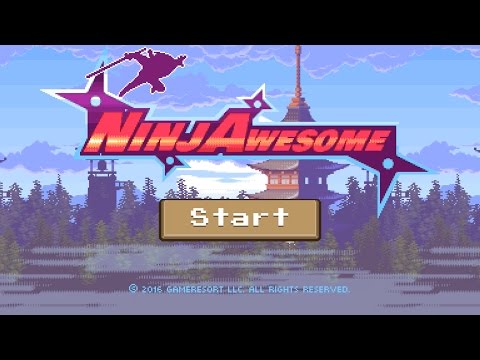 It's made by GameResort and they've been making some little gems like Adventure Beaks that feature some really fun gameplay. Each levels ask you to complete a certain quest and you can also compete on the game's endless mode.

The only thing that I'm worried about is the Free-to-play model that will apparently let you play levels after watching an ad. This seems fair enough but we'll have to wait and see if that gets in the way of the game.

NinjAwesome - An awesome way to spend a few hours