Apple has used this year's WWDC keynote to unveil iOS 7 -the latest version of the iPhone, iPad, and iPod touch operating system.

"It's the biggest change to iOS since the introduction of iPhone," beamed Apple boss, Tim Cook.

And he's not joking: iOS has been given a complete visual overhaul, courtesy of Apple's senior vice president of industrial design, Jonathan Ive. 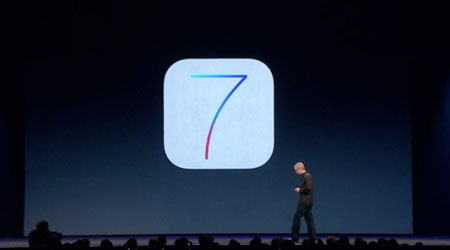 Version 7 has a stark, clutter-free minimalist design, and a distinctly flat layout which is reminiscent of Microsoft's new tile-centric "Metro" design.

Ive and his team have also redesigned all the icons, tweaked the typeface, and introduced new animations. 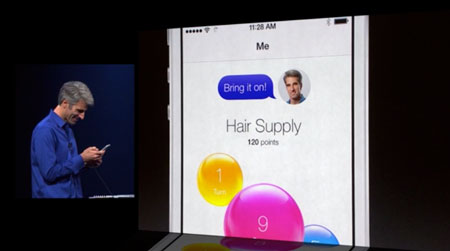 And here's a neat trick: iOS 7 uses the accelerometer to make the screen feel a little bit 3D when you twist the phone. Plus, the colour of your wallpaper drives the tone of the whole operating system.

There's no more green felt on Game Center, nor any other artificial texture. But the visual fun isn't entirely gone: a thunder bolt will strike in the back of the weather app if there's a storm in your city.

It's not just about the visuals. Apple also revealed a whole bunch of new features - and here they are. 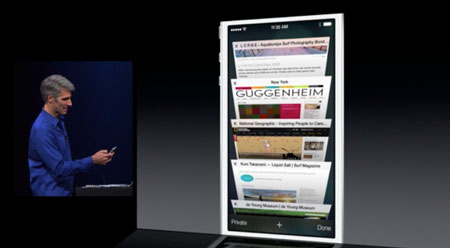 Control Center - swipe up from the bottom of your device to get handy controls for bluetooth, wi-fi, music controls, and brightness. Multitasking - you've now got full multitasking on apps, but iOS 7 checks the usage patterns of your apps to only perform background activity when you need it. This saves processing power and battery life. Plus, you'll see windows of all open apps. Safari - The browser now has a "smart search field", a flash new interface for tabs (and you're no longer limited to just eight), iCloud keychain for syncing your passwords between devices, and new parental controls. 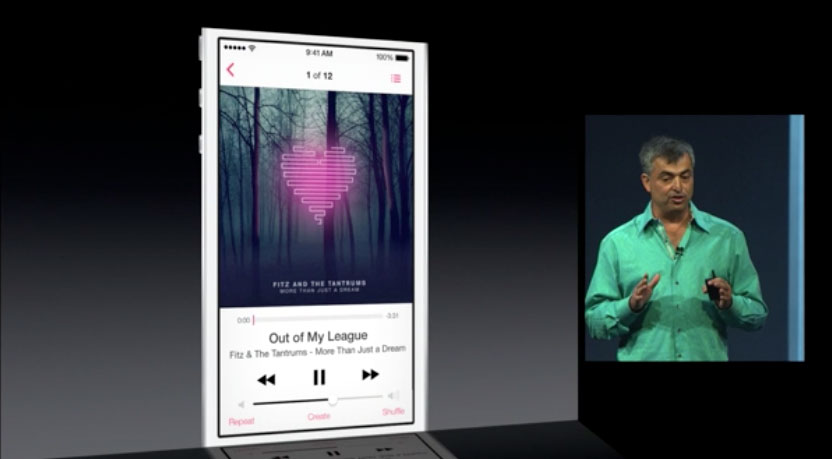 Folders - You can now have multi-page folders, so you can fit all your games in one drawer. AirDrop - an easy way to share with iOS devices and around you. No awkward device bumping required. Plus, everything's encrypted, to keep your stuff secure. Camera - Live Instagram-style photo filters. You've also got an overhauled Photos app, where your snaps are automatically organised - using location and date metadata - into "Moments". Siri - Apple's voice assistant gets a clean new interface, a whole new voice (and you can choose Siri's gender), can mess with your settings, use Twitter and Wikipedia, and now does web search with Bing, for some reason. 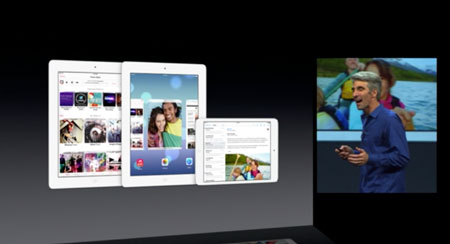 iOS in the car - If you're lucky enough to have a screen built into your car, you'll now get iOS data - like maps, music, and messages, in your vehicle. That's coming in 2014. App Store - The App Store now updates apps automatically (a big applause from the developers in the crowd). Plus, the shop now has age categories for finding children's games, and a way to find apps that are popular near you. Music - There are new artist images in your library. Oh, and music from iCloud is shown in your library for easy access. There's also iTunes Radio, which is something of a Spotify competitor. Third-party game controllers - This was just a side note in the presentation, but it's something we'll be looking at very closely. 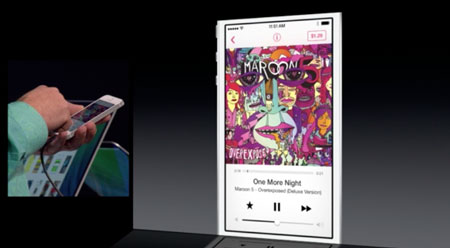 An iPhone Beta launches today, so we'll be able to go hands-on and tell you loads more very soon.