[Update] WWDC 2013: iPhone and iPad will get Apple-licensed controllers later this year

iOS 7 will feature an official game controller API, so third party manufacturers will be able to make their own iOS joypads.

Plus, Apple will force those manufacturers to go through a certification process, to ensure that all iOS controllers adhere to the exact same standards.

So, if a company wants to provide a licensed iOS game pad, they must conform to a set of strict standards which cover elements like controller layout, analogue stick dead zone, and even button response time.

Firms can make two types of pad. There's a wrap around gadget that your iOS device slides into, turning your iPhone into an impromptu PS Vita. Or a standalone controller that hooks up wirelessly.

What does this mean for iOS gamers?

It's also handy for developers. App makers will no longer need to test and optimise their game on the iCade, the SteelSeries Free, and the like.

Because buttons, sticks, and layouts are universal, game creators just need to make it work on one pad.

We'll hear much more about iOS controllers throughout the year. According to our source, both Logitech and MOGA (who make Android controllers) will have game pads for iPhone, iPod touch, and iPad on shop shelves by the autumn.


Updated on June 12th, at 13:30: Here are Apple's concept images, showing the two controller layouts that manufacturers can choose from.

The images were uploaded by NeoGAF user numble, and Pocket Gamer has independently verified that these are legitimate pictures from Apple. 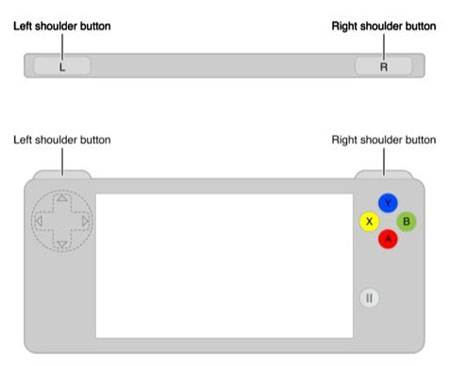 Note - there will also be an "extended" version of this controller with two analogue sticks and two more shoulder buttons. 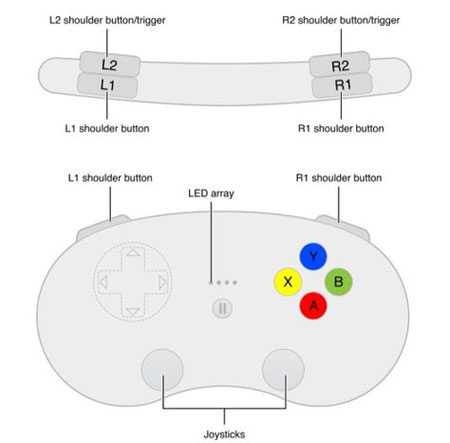