iOS
Updated on February 20th, at 13:10: It's here! GBA4iOS 2.0 is now ready for you to download over on the official download page.

If you want to know how to get it up and running on your phone or tablet, read our guide to doing exactly that right here.

GBA4iOS is a Game Boy Advance emulator for iOS that's served us well in the past.

But it's about to get even more impressive.

That's because of a big iOS 7 re-design and update due to go live in a matter of hours.

The biggest new feature is probably the built-in web browser, which makes it easier to search for games to download. Dropbox support is also in the works to make the process even smoother.

Given this update is being made with iOS 7 firmly in mind, it makes sense that iOS 7 controller support will be included in it. And that's exactly what will happen.

Like the original Game Boy Advance, this iOS emulator will be backwards compatible with any Game Boy game. No more separate Game Boy emulators needed, then. 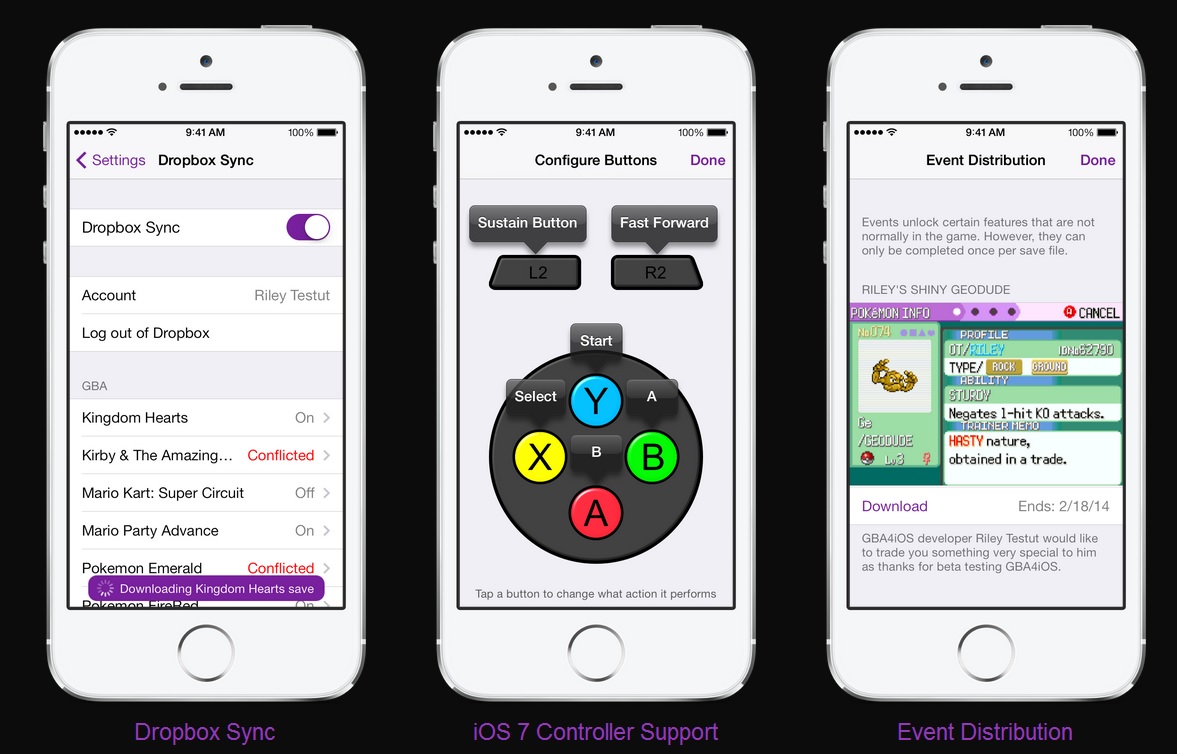 Cheat code support will also be added to GBA4iOS. Oh, and GBA4iOS will be fully compatible with tablets after this update, too.

Perhaps the best thing about GBA4iOS, though, is that you don't need to jailbreak your phone to run it.

Keep an eye on this update countdown page for news of its availability. We'll also let you know when the update goes live, mind.