Change is afoot at Tin Man Games. Over on the Melbourne-based studio's blog, the 'guardian' of the digital Fighting Fantasy gamebooks has revealed some pretty big chunks of news.

First off, Tin Man has confirmed that it will tinker with the order in which it will release its next selection of digital FF dice and pencil adventures.

The Warlock of Firetop Mountain, The Citadel of Chaos, Deathtrap Dungeon, City of Thieves, and Creature of Havoc have all been pushed back until next year in order for Tin Man to refine the gamebook engine that powers these games.

This is in part due to the release of Steve Jackson's Sorcery!, which Tin Man describes as a "game-changer".

The plan is for Tin Man to maintain its "core nostalgic approach to the series, while introducing a lot of new visual features to bring the locations and denizens of Firetop Mountain, The Trial of the Champions, Port Blacksand, and the rest to life". 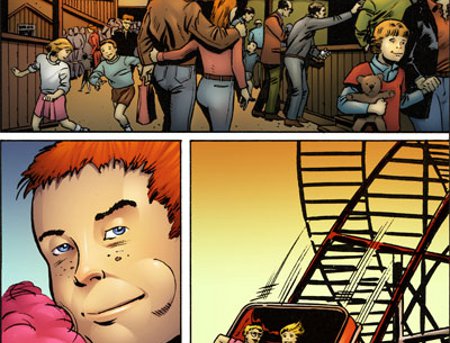 Elsewhere, there are big changes in the pipeline for the digital adaptation of Appointment with F.E.A.R., the next scheduled release in the Fighting Fantasy canon.

Rather than playing as the original protagonist here, you're going to be able to generate your own superhero, complete with powers, costume, and super-name.

As well as changing the star of the game, Tin Man is dropping dice rolls altogether from this comic book-flavoured adventure.

There aren't any more gameplay details available at the moment, but it remains an intriguing departure for the series. You'll be able to find out whether it's a change for the good around October.

Last but not least, Tin Man Games has revealed the two gamebook follow-ups to Appointment With F.E.A.R.

They'll be - drum roll, please - Island of the Lizard King and Starship Traveller.

It looks like Tin Man Games is going to be rather busy over the next few months. And if you're a fan of Fighting Fantasy, that can only be a good thing.

Next Up :
Genshin Impact's v2.8 is wrapping up with the Evermotion Mechanical Painting event