Likens handheld to female with 4 breasts

Sony France has made a bit of a boob.

The Puteaux-based corporation has decided to run a rather risqué magazine advertisement that likens its PS Vita handheld console to a woman with no head and four breasts.

The advert, which you can see just below this paragraph, is accompanied by a small tagline. "Touch both sides. Twice the sensations," it reads, which obviously refers to the Vita's front-facing touchscreen and rear-facing touchpad. 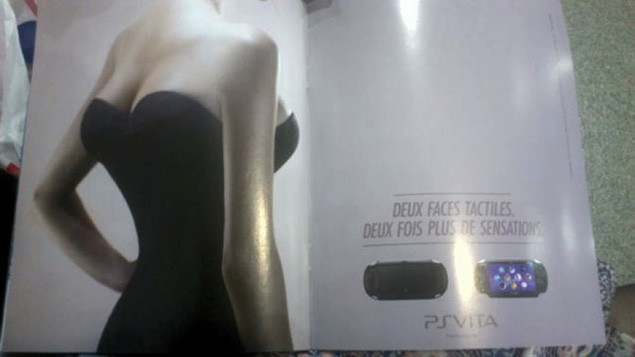 The games industry is often accused of childishly glorifying violence and relying on sex for marketing purposes. It's hard to disagree with that kind of accusation when one of the industry's biggest players pulls a sex-infused stunt like this one.

Kotaku
Next Up :
Clash of Titans is an upcoming title that's India's first-ever mobile MOBA game