Lots of colours, too!

Just when you thought there weren't any surprises left in the world of handheld gaming, Sony has pulled the rug out from under everyone with a PS Vita redesign and a micro-console.

The new PS Vita is 15 percent slimmer, 15 percent lighter, and about a million times more colourful than its predecessor.

As well as being lighter than its predecessor, the new Vita has gained an extra hour of battery life over the original version. This means you'll be able to play two and a bit extra matches of Killzone: Mercenary's excellent Warzone mode before your Vita turns itself off.

The bad news is that the gorgeous OLED screen of the original Vita has been replaced by an LCD one for this colourful edition. It'll be interesting to see how much this change impacts on the brightness and clarity of the screen, because that's one of the best things about the current Vita model.

Furthermore, the new Vita has 1GB of in-built storage, so game saves and smaller downloads can be stuck on there without the need for a memory card.

And Sony announced a 64GB memory card, too. It's about time, mind, as every Vita owner just said. 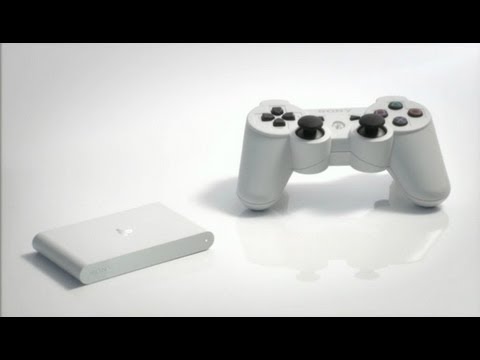 The big surprise of the show, though, came in the form of the Vita TV. Essentially, this is a home version of the Vita that you plug into your TV.

You can then play Vita cartridges on the big screen with a DualShock 3 controller. Sony's new micro-console also acts as a hub, enabling you to play on your PS4 on a different telly from the one into which it's plugged.

It's an interesting idea, and it will retail for the local equivalent of about $99 in Japan (or a little more with a memory card and a controller).

Games-wise, Sony announced Soul Sacrifice Delta, a polished-up version of Soul Sacrifice with new items and ways to play. That'll be heading to Japan next March.

Then, there's Phantasy Star Nova, an action-RPG from Tri-Ace that you can play on your own or with up to three friends online. It's set in the same world as Phantasy Star Online 2, but it looks like it's one for the Monster Hunter crowd.

Finally, there's Yakuza: Restoration, another gangster epic. This time, however, the action is set in the Edo period of Japanese history. So, more swords, fewer neon lights.

Right now, all of the games and the hardware are only confirmed for Japan. We will, of course, keep you posted if and when we hear about Western release dates for all this Sony goodness.