Sega has decided that a number of its games on iOS and Android "no longer meet [its] standards," and will therefore remove them from sale over the next few weeks.

This will affect games across the iOS App Store, Google Play, the Samsung App Store, and the Amazon App Store.

Unfortunately, Sega hasn't announced which games these will be. However, the company did say that "given the right situation, these titles may return in an updated form."

We reached out to Sega's PR guy Franck Sebastien in hopes of finding out more but came away none the wiser. He said: "we're currently evaluating our catalog, therefore I won't be able to provide you with a list of titles."

With that failed, all we can say is to keep your eyes open for any messages in the game's descriptions that indicate that they'll be taken down. The original Mega Drive games are looking likely right now... 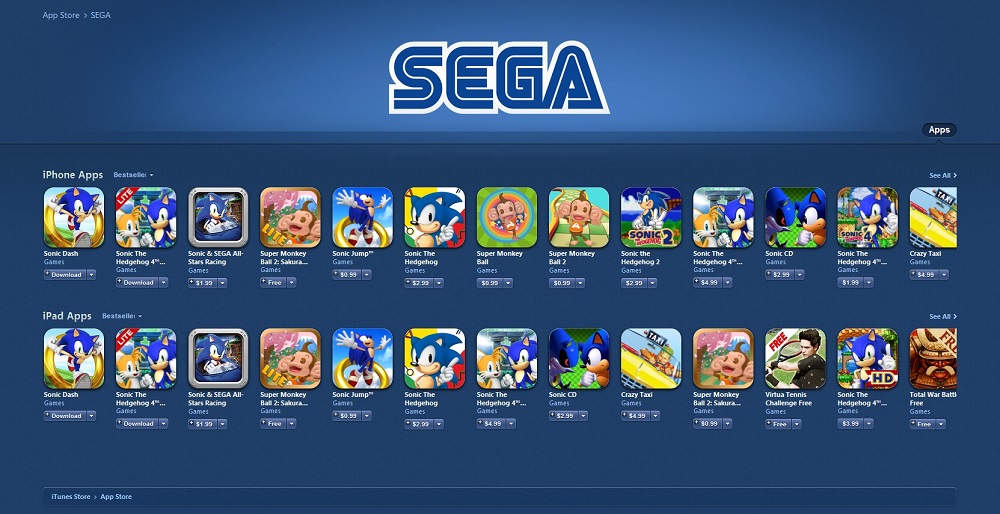 It's also worth noting that Sega previously removed After Burner Climax from PSN and XBLA, so it's likely that the mobile version of that will be going.

Perhaps the reason for this move from Sega to take down a number of its mobile games correlates with the reason it removed Jet Set Radio from iOS last year.

At the time, a Sega spokesperson said that the game "showed some minor compatibility problems" with iOS 8."

Perhaps other games have the same issue and Sega is sees this as a drop in the set standard it has for the quality of its games.

We'll be keeping our eyes out for these yet-to-be-removed Sega games and will try to let you know which ones are due to go before they disappear entirely.