Resident Evil 5 is a huge blockbuster, but do you need to have played the first four to understand it? One quick answer is no. Featuring gripping, action-oriented gameplay and a bloodcurdling cast of undead adversaries, Resident Evil 5 is now available to download on NVIDIA’s next-generation entertainment platform, SHIELD Android TV. And it boasts PC and console quality visuals and action on NVIDIA’s Tegra X1 platform.

Set in West Africa and pitting you against mutants, mobs and maniacs, RE5 is a rollercoaster shooter stuffed to the tentacles with horror set pieces, mad scientists and cinematic action.

But Resident Evil has changed a lot in 20 years… 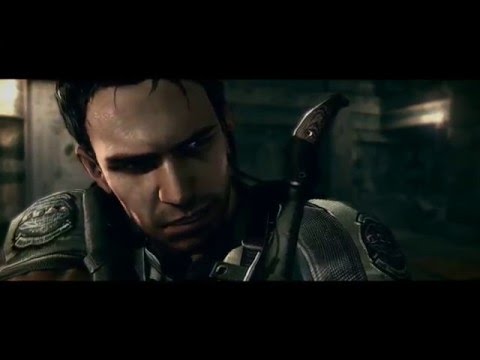 Where does Resident Evil 5 take place in the series?

Resident Evil 5 teams up familiar series protagonist Chris Redfield with Sheva Alomar, an ex-guerilla working for the West African branch of the Bioterrorism Security Assessment Alliance. Together they hit the town—plus the crocodile-infested Marshlands, the rusting Oil Refinery, execution-prone Assembly Place, and dark, sheer drop-filled Mines—of Kijuju. While previous editions of Resident Evil 5 supported two-player co-op, the game has been redesigned for SHIELD as a single-player experience.

Well yes, but there have been plenty more since, including G-Virus, T-Veronica, C-Virus, T-Abyss, Plaga and Type 2 Plaga. The bad thing about the Plagas in Resident Evil 5 is they don’t create mindless undead—they turn the living into violent maniacs under the control of an evil master. It also mutates them in often tentacle-heavy forms. Some enemies are colossal, and they’re all quicker and cleverer than before. The boss fights in Resident Evil 5 that end the six chapters have to be seen to be believed.

How has the Resident Evil experience evolved?

Resident Evil 5 introduces an all-new shooting system to the series that allows players to carefully aim and fire at targets. The game also lets you buy, upgrade and trade weapons. There’s a mini-map so you always know just where you are, too, and ammo is more plentiful.

You can’t run and fire, though, plus weapon and item selection no longer pauses the game. The spectre of being overrun keeps things tense indeed. The focus is on action, but—fittingly—the Resident Evil DNA remains intact.

Experience one of the best and most nerve-shredding Resident Evil games today on SHIELD Android TV. You can download Resident Evil 5 on Google Play at a special launch price of $9.99 for a limited time.