Would you ask for it?

Square announced yesterday that it will livestream "new projects" set in the Deus Ex universe on June 8 and Square Enix Montreal's logo can actually be found on the invitation. You might remember that Square registered names for Deus Ex GO, Life is Strange GO and Just Cause GO a while back and given that a new console title is due soon it could potentially show up as noted by Game Informer. 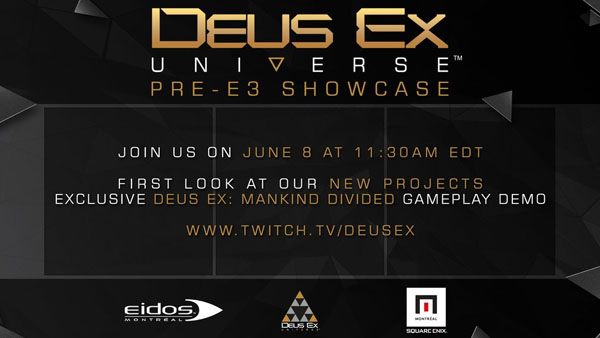 Do also note that, until now, Montreal has been mainly focused on mobile titles

While we already had Deus Ex: The Fall (or at least its first episode), Deus Ex GO should be a much different beast.

If its done like previous Go titles, we should be looking at a stealth turn-based puzzler. This is not the only title that potentially leaked after Square registered domain names.

Whatever these "new projects" will be, we'll cover the event and report back to you.