Budget-friendly Lumia 610 on the horizon, too

The big news from Nokia's Mobile World Congress press conference is the revelation that the formerly US-only Lumia 900 will launch in other territories around the globe in 2012.

This will kick off with a debut in Canada in April, before the handset reaches out across the Atlantic in Q2 2012.

Naturally, the handset that ships around the rest of world won't be an LTE-equipped model (the 4G standard not widely supported outside of North America), but Nokia claimed the handset will be identical in all other respects to the one it expects to make big waves in the US in the coming months.

Nokia's flagship device will be joined on the shelves by the more budget-friendly Lumia 610, which will retail at around €189 - two and a half times cheaper than the €480 Lumia 900. 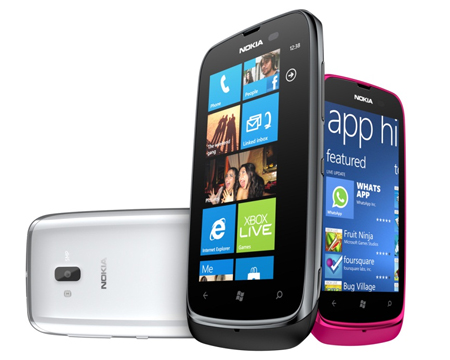 The Finnish firm suggested the handset will be aimed at a "younger audience" than its existing Lumia line-up, with four launch colours - white, cyan, magenta, and black - and a "finely bevelled metallic edge" giving the handset a "confident feel".

"We have changed the clock speed of Nokia, demonstrating we can very quickly change our strategy," Nokia CEO Stephen Elop said, noting the pace at which the first Lumia devices - the "first real Windows Phones", as billed - made it to market.

Check out the video for the Nokia Lumia 610 below.