Korean social platform Kakao has had an impressive year.

It launched with 10 games from seven developers, and now boasts 180 titles from 99 developers.

And when it comes to the numbers that really matter to developers, sales have also been impressive.

In the first half of 2013, Kakao's games platform generated gross revenue of $311 million (348 billion KRW), up 194 percent compared to the previous six months.

Like most app stores, Kakao takes 30 percent of the gross revenue of games on its network, so technically 21 percent of post-app store revenue.

(For developers, this means after Kakao and Google's share, they get 49 percent of their game's original gross revenue on Google Play.

Kakao's main market is Korea where Android is king. 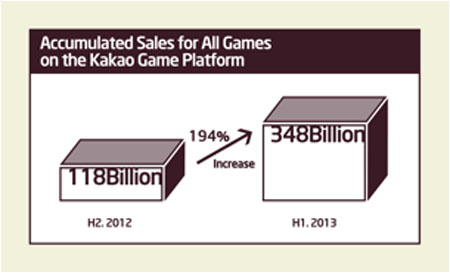 In terms of key hit titles, Anipang for Kakao and Dragon Flight for Kakao have been downloaded 20 million times. Like most successful games on Kakao, these are ultra-casual titles.

"We believe that the Kakao game platform is the most ideal mobile game platform, brought forth by the synergy of the social network power generated by KakaoTalk and KakaoStory, together with the creative contents of game developers," said director of game business Toby Ban. 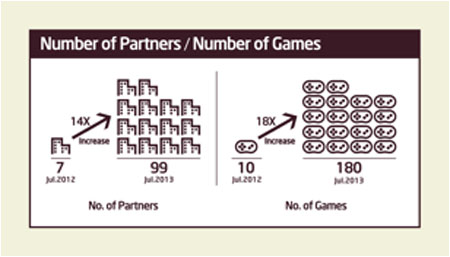 "We will continue to exert our efforts to build a healthy ecosystem through close cooperation with prominent mobile game developers around the world.

"As a part of this initiative, Kakao will reinforce our support programs for small and medium sized developers and also strengthen the social function."