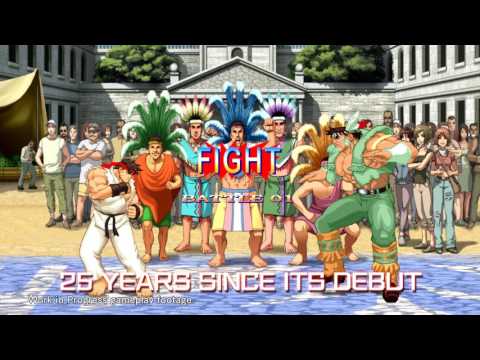 It looks like Capcom is going to be bringing more games to the Nintendo Switch. Thanks to the success of Ultra Street Fighter 2, the Japanese company is starting to prepare more games for Nintendo's home-and-handheld hybrid.

According to a tweet from The Wall Street Journal's Takashi Mochizuki, the retro scrapper sold around 450,000 units in the first quarter, which exceeded Capcom's expectations. Not bad for another version of a game that must be about a million years old by now.

The tweet goes on to say that Capcom is now "starting to prepare" even more Switch games.

Quite what that means is beyond me, but if it means we're going to get more awesome fighting games on the Switch then I'm all for it.

IGN
Next Up :
Critical Ops is celebrating its 3rd anniversary and hitting 100 million downloads