Hands on with the Galaxy S4

After a rollicking and musical presentation that felt totally at home in Radio City Music Hall, NYC, we had a chance record our first impressions of the Samsung Galaxy S4.

The very first thing you notice is how light it is.

Despite its polycarbonate frame, however, the device doesn't feel cheap. It lacked the heft of an iPhone, but its weight didn't feel appreciable in the hand.

The 1920 x 1080 display is bright and crisp and an absolute treat to behold. Squint as you might, there's no pixilation to be seen.

In terms of games on display, Sega's Sonic The Hedgehog 4: Episode II was on offer. The game looked gorgeous on the screen, with deep and rich colour saturation throughout and not a trace of skipping as Sonic shot by.

EA's Need for Speed: Most Wanted was also playable, this time with Samsung's own Game Pad Bluetooth controller. 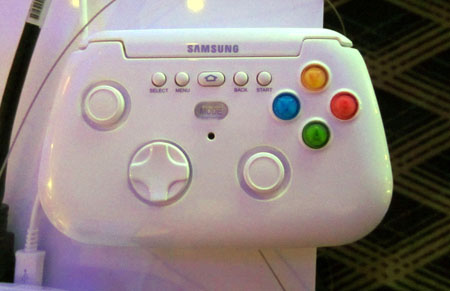 Like similar pads from the likes of MOGA and Nyko, this has a physical grip to hold the screen in place, dual sticks, a D-pad, four action buttons and shoulder buttons, and will be released in May. 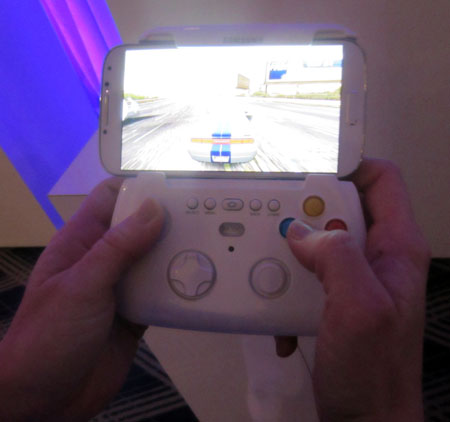 Like the Green Throttle Atlas controller, you can also connect it to your smart TV using a HDMI cable (the S4 supports the MHL 2.0 standard).

Samsung was slightly cagey about what games will work with it, but it reckons around 80 titles will support the Game Pad, although we think you'll have to download them via Samsung Apps not Google Play.

Samsung is making a big push to encourage game developers to release content via Samsung Apps, so this makes some sort of sense in terms of its wider plans.

In the 'Miss' column, the S4's tilt-to-scroll gesture control didn't manifest on the phones that were available for journalists. We were assured by Samsung that it did - indeed - work, but that the security tethers on the phone prevented it from functioning properly.

What features did work?

The Smart Pause feature, which stopped video playback as soon as I looked away, certainly did.

As it turns out, the Smart Pause isn't handled by the phone's front facing camera, but rather through dual IR sensors adjacent to the front camera lens. You can see one of them transmitting in the pictures below.

Another feature that was fun to play with - but difficult to shoot photos of - was the air gesture controls, which allows quick, touch-free scrolling in the photo gallery. While surfing the web, wave of your hand to the right or left will switch between open tabs which worked a treat.

Also impressive was the S Translator, which quickly and effortlessly translated a simple phrase into traditional Chinese in a fraction of a second. It was a bit too noisy to try out the speak-to-text function, but it'd be difficult to imagine much of a delay. 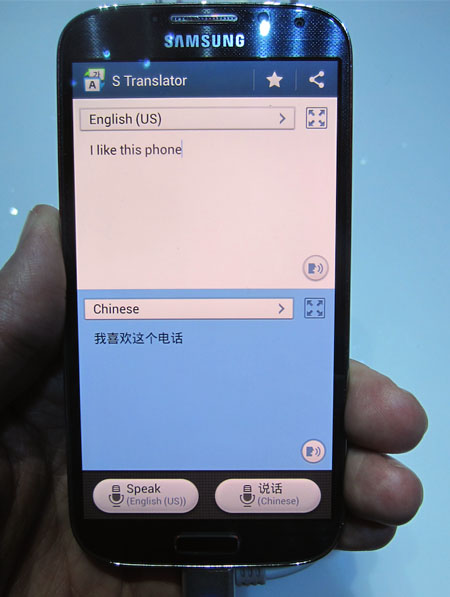 It's amazing how simple the interface is, but being able to insert yourself into a picture you’re shooting is something that will really help the S4 stand out in the consumer market. 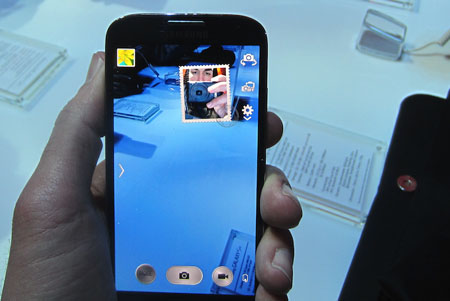 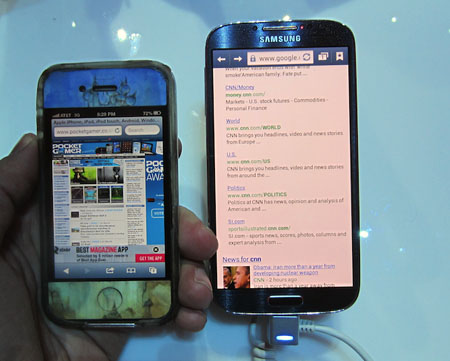