Give your thumbs a new sensation with the Brick Joystick

Smaller than it sounds

If you often find yourself wishing for a sensibly sized analogue stick when you're playing games on your smartphone, Seoul-based design shop GrayHaus might have just the product for you in the form of the Brick Joystick.

In spite of its less-than-endearing name, GrayHaus believes that the Brick Joystick solves a lot of the problems encountered by those who have previously tried to stick a physical controller on top of a touchscreen.

Most of those problems seem to stem from size, so the Brick Joystick is relatively small and designed to avoid taking up too much of the screen.

As well as the suction cup option, the maker of the Brick Joystick offers a sort of elastic band contraption, entitled the Bend Type, which lets you use the nub as a floating stick rather than a fixed one.

Unfortunately, the Brick Joystick is currently only scheduled to go on sale in the US, so we European gamers are going to have to make do with the clumsy lumps of gristle at the ends of our hands for the time being.

There are plenty of pictures of the Brick Joystick in the gallery at the top of this page, and if the idea of an end to smartphone thumb wars has piqued your interest, you can head over to the GrayHaus website to find out even more. 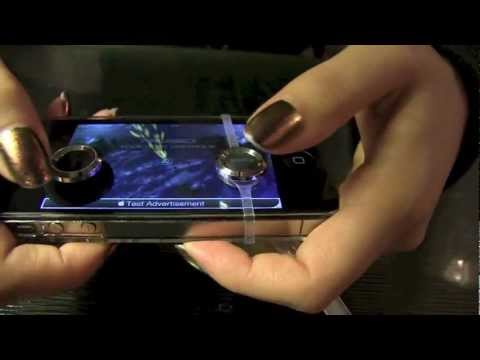