Galaxy Nexus being made 'almost unusable' by volume-changing issue

It appears that Samsung's Galaxy Nexus is having a bumpy launch, with many users complaining of a strange volume-changing issue. What's that when it's at home?

According to the xdadevelopers forums, the issue results in your phone's volume going "haywire". It then begins to "hectically" decrease your phone's volume during phone calls, audio playback, when a data connection is activated, and when wi-fi is toggled on or off.

This apparently leads to calls being dropped, alerts being switched off, and similar problems. Pocket Gamer's Damien McFerran claims that the issue, "makes the phone almost unusable".

The volume-changing issue is purported to be worse when using your phone on a 900MHz 2G (GPRS/Edge) network, especially if you're in an area that suffers from a poor signal.

According to the forum, the issue - which is believed to be a hardware problem - is plaguing more than 60 per cent of Galaxy Nexus users in the UK.

You can check out the issue for yourself in the video below. Are you suffering? 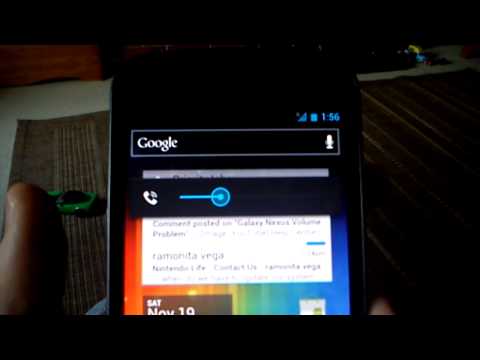