Both devices have been developed in conjunction with Nvidia, with the graphics company keen to highlight the gaming potential of tablets and phones using its Tegra 3 chips.

The PlayPad Pro is more conventional design, being based on Nyko's standard console controller. Of course, it's wireless, using Bluetooth to communicate with your tablet, and being charged by mini-USB.

Feature-wise, the Pro has the same soft plastic finish as the PlayPad, although apparently this may change in the finished design.

The analog sticks are larger and higher, providing easier leverage. The Pro's larger size also means the shoulder buttons - one horizontal and one vertical each side - are more easily accessible.

It has a battery light to warn you when you need to recharge too. 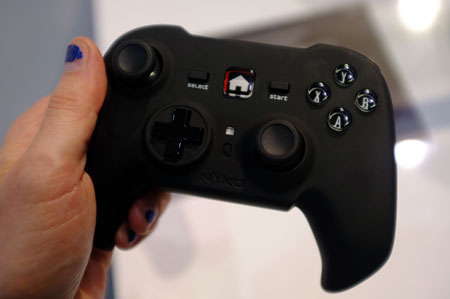 As with the PlayPad, developers are encouraged to remap the touchscreen controls for the games; something they will have to do if they are optimising for the Tegra 3 architecture and want get promoted on Nvidia's TegraZone channel.

You can, however, remap the controls for any game yourself using Nyko's Playground app.

Pricing and availability for the wireless controllers is yet to be announced, although the PlayPad Pro will be cheaper than the PlayPad. We'd expect it to cost around $40 and be available for the holiday season. 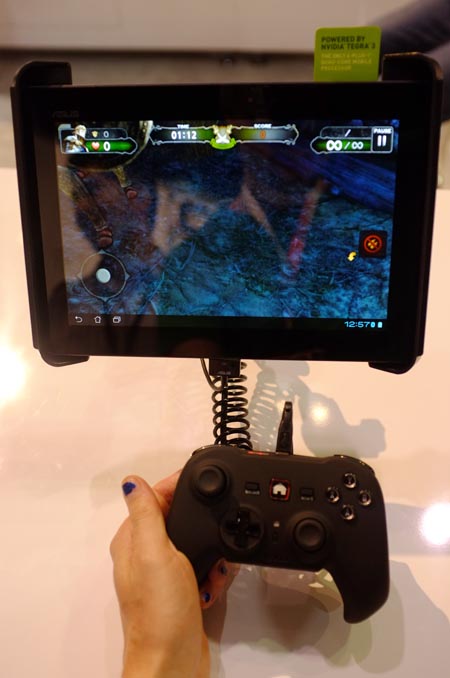 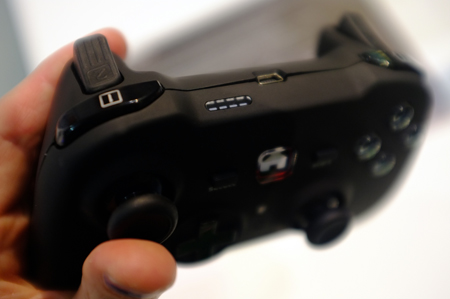 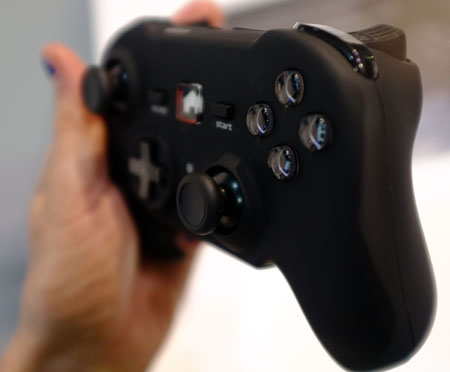