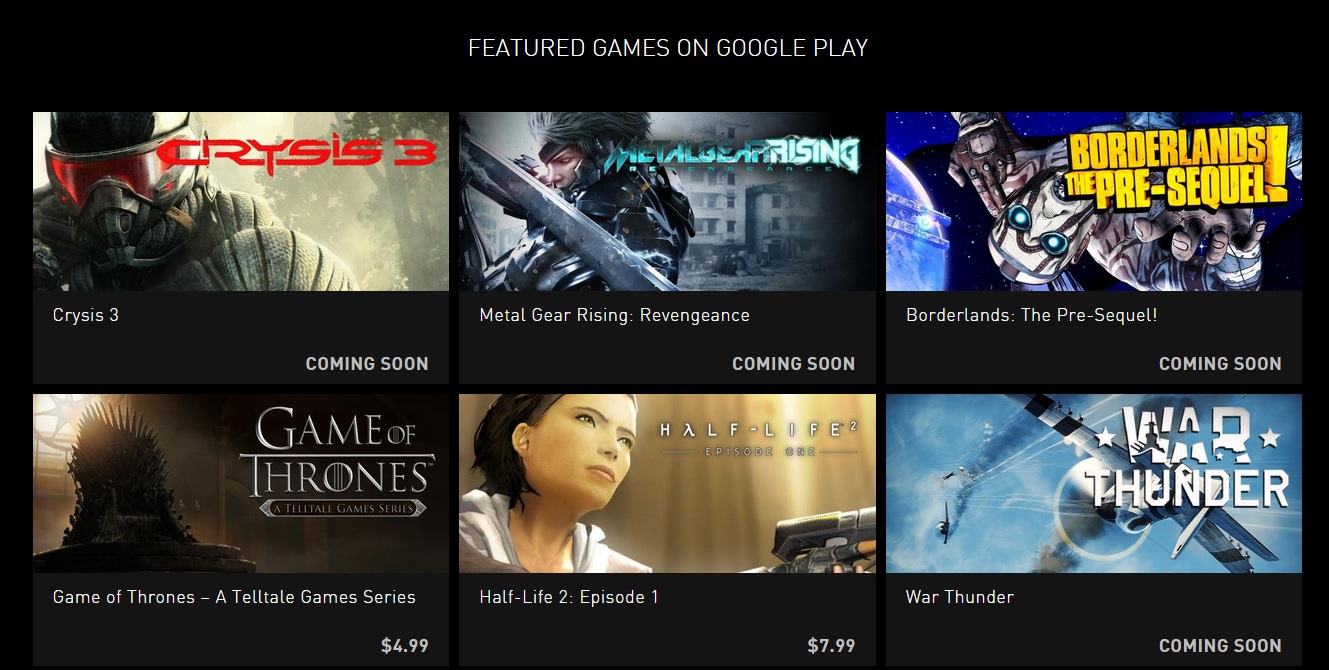 Nvidia announced a new Shield console at GDC this week.

It runs on Android and allows you to stream games downloaded from Google Play on to your TV. It's all tied to your Google account.

As part of this, a bunch of new games are heading to Google Play so that you can buy and then play them on this new console when it comes out later this year.

In total, there will be 50 games compatible with the Nvidia Shield console. Others include Batman Arkham: Origins, GRID 2, Metro: Last Light Redux, and Ultra Street Fighter IV.

While it's clear that not all of these will be compatible with the Nvidia Shield tablet, there's a chance that some of them will be. That's the bit we're interested in, of course.

We don't have any confirmation of this yet, mind, so don't get too excited. Still, it's something to possibly look forward to if you're a Shield tablet owner.