Serious PC and console gamers will know all about Battlefield 3 (pictured below) and the impressive Frostbite engine that powers it.

According to a job listing over on DICE's (the developer of the Battlefield series and Frostbite itself) website, Frostbite may soon be powering mobile titles, too.

"Frostbite is looking for developers who want to join us in taking our engine to the next level," the posting for a mobile software developer reads.

That's quite a level of greatness. With Frostbite at their disposal, game designers can create massive open environments and implement incredibly convincing physics, including destructible scenery. Something like this: 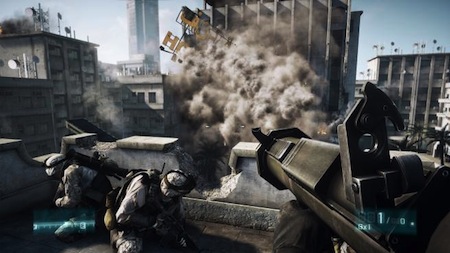 In the Battlefield series of multiplayer first-person shooters, you can get at a lurking opponent by blowing chunks out of the house they're hiding in.

How much of this Frostbite sophistication will translate to mobile is unclear, but given the escalating power of mobile devices - and the dwindling gap between the current console generation and the latest multi-core smartphones - we're hoping for something approaching parity.

Until we see the first Frostbite-powered mobile games in action, we won't know for certain, of course. We'll let you know as soon as we hear, or see, anything on the subject.