In January this year, Spry Fox took 6waves Lolapps to court, filing a copyright infringement suit against the mobile publisher's Yeti Town game, described by the plaintiff as a "blatant copy of Triple Town".

Spry Fox CEO David Edery also explained that 6waves was in negotiations to publish the Facebook version of Triple Town, and says the firm used this opportunity to nick ideas from the in-development game and get its clone up on the App Store before Triple Town.

This 'Bear vs Yeti' legal battle took an interesting turn earlier this month. The Yeti Town designer suffered a significant defeat when a federal judge in Seattle denied its bold motion to throw out Spry Fox's copyright infringement claims.

Now, according to Jack Schecter - a partner at the law firm Sunstein Kann Murphy & Timbers LLP - 6waves has given in, and the two game creators have notified the court that they have reached a settlement. 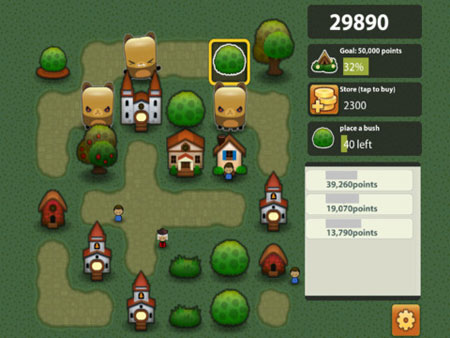 GamePolitics followed up with Schecter to find out more. He said that the motion to dismiss the case was "6waves taking its best shot with the core legal principle behind its defence", i.e. the notion that copyright does not provide Spry Fox with protection against a game design clone like Yeti Town.

The court rejected that argument, and 6waves "didn't have a whole lot to fall back on". Couple that with the thorny issue of agreeing to publish a Facebook game while simultaneously building an identical iOS app, and 6waves's move to settle makes sense.

Yeti Town to be demolished?

The exact details (and monetary payout) of the settlement are likely to remain confidential. Schecter believes that Yeti Town will vanish from the App Store as a result.

"If I were Spry Fox, I doubt I would be willing to settle the case baring [sic] an agreement from 6waves to stop selling Yeti Town."

"The risks of marketing a clone of another company's innovative video game have risen measurably of late," Schecter observed. 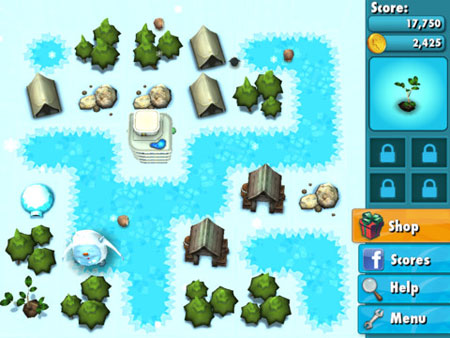 Yeti Town
Next Up :
The Day We Fought Space lets you wreck space debris and fight aliens, out now on iOS