Each week, we ask members of our App Army for their thoughts on the best recent mobile releases. 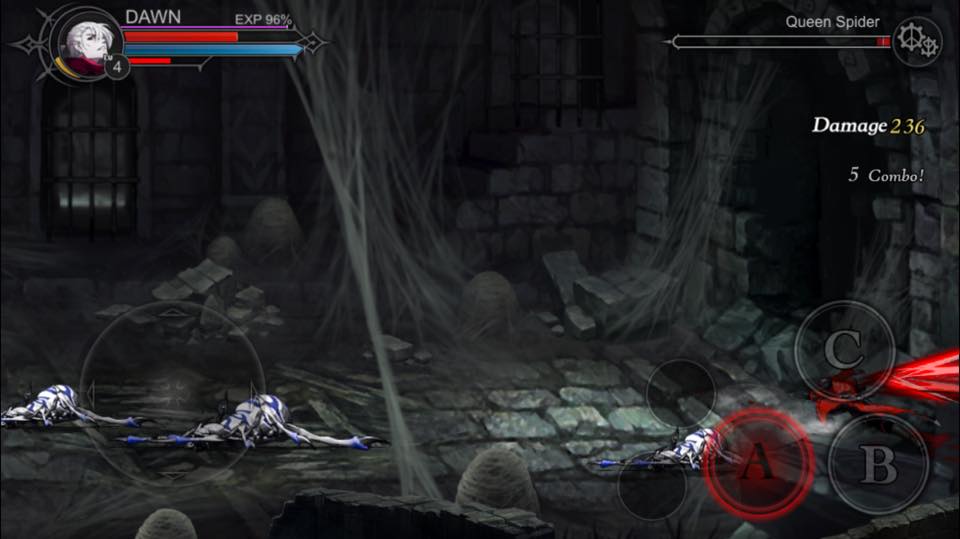 Kainen - This seems more in depth than I first thought. There are shops, taverns, XP, missions, and characters. You can talk to traders while on the roads. I'm really liking this. The fighting is not too hard, but it does have a habit of not letting you stop mid-combo. Alyce - I have to say, I was a little bit skeptical at first but I've really changed my mind about it. In all honesty, my favourite part of the game is the scenery. It's beautiful and dark. That's not to say I don't like the adventure and characters or the movement and battle, but I love the Gothic look. Edward - I'm enjoying this. The artwork is good and it's not hard to get your head around. It has an in-depth feel to it, but remains simplistic. Chase - Same. I'm enjoying it so far. It seems to be a good game. GGod Hand - First impressions. The art and animation is amazing. The item management is decent. The grammar does need work, and the subtitle speed should be slowed down a bit. The gameplay also becomes a bit repetitive rather quickly and could use some level variety. Stuart - There's a lot of unskippable dialogue. Also, there's some odd slowdown. For instance, my iPad Air 2 can't keep up with the action. The controls are clunky. The gameplay is repetitive - if you just hammer the A button you'll be fine. The graphical effects are nice, but it's mostly quite forgettable. GGod Hand - Yeah, I think we share similar thoughts. Ethan - I like this. The art style is great. Adore the gothic feel, really nice and dark. The hack and slash gameplay is also a lot of fun.

Kainen - If I remember right, Castlevania was rather repetitive but had some charm. This game has managed the same trick. Most games are lazy, but this seems to at least try to give you more. GGod - After playing this a bit more, I've come to the conclusion there’s not much of a game here. I like the Castlevania art-design, but that's really the only good thing I can say about it. It's also the only similarity it has to Castlevania games. It's a very cookie-cutter beat-em-up with generic RPG elements.

The music is very average, but then suddenly turns off and goes missing during missions. That really breaks immersion.

There's no real story to the game. Character dialogue is just random short conversations with bad writing. There's a ton of grammatical errors, but it's more the sense of incoherence and lack of context that I have issue with. The game is void of character development. You're simply in a gothic themed world fighting demons for the sake of literally nothing.

As for the gameplay, you're repeatedly looking at similar levels with slight differences. The fighting system is bare bones. Combos feel tacked on because most are useless. You're better off rehashing the same combo by spamming attack instead of fighting mobs with a technical style. It's a reminder of the Double Dragon 3 formula - which by no means was a disaster - but these controls are the clunkiest I've ever had the displeasure to experience in a beat-em-up.

Edward - Been playing this a little more and yes, it does become tedious. I'll trudge through, though. GGod Hand - The point of doing missions is to level up your character and upgrade equipment using required ingredients and in-game gold. You're just upgrading for the sake of repeatedly playing the same levels over and over with higher difficulties. The item management is decent, but you're mostly left to figure it out for yourself since the tutorial is completely bare bones. Matthew - It has a lot of potential with the secmy art, but it feels like it was originally meant to be a cheaply made Free to Play title. And they decided to target a premium audience. GGod Hand - Which brings me to the IAP. The IAP incorporated on top of the initial price, that is. The game's economy is based off in-game gold and the bad part is acquiring that gold naturally is slow and a real grind fest. The developers obviously implemented this wall in order to entice customers into spending real life money for gold. You spend real life money on gems in order to spend them to buy gold. If you choose to grind it out, you're forced to repeat the same levels over and over. This is really a F2P game with IAP disguised as premium. Please save your money and buy an actually good beat-em-up with proper RPG elements like Dust: An Elysian Tale.

Every aspect of Never Gone is lazy and feels like it was created for a quick buck. Somewhere, out there, Battletoads Rash, Zits, and Pimple, along with Double Dragon brothers Billy and Jimmy are crying at this disaster. 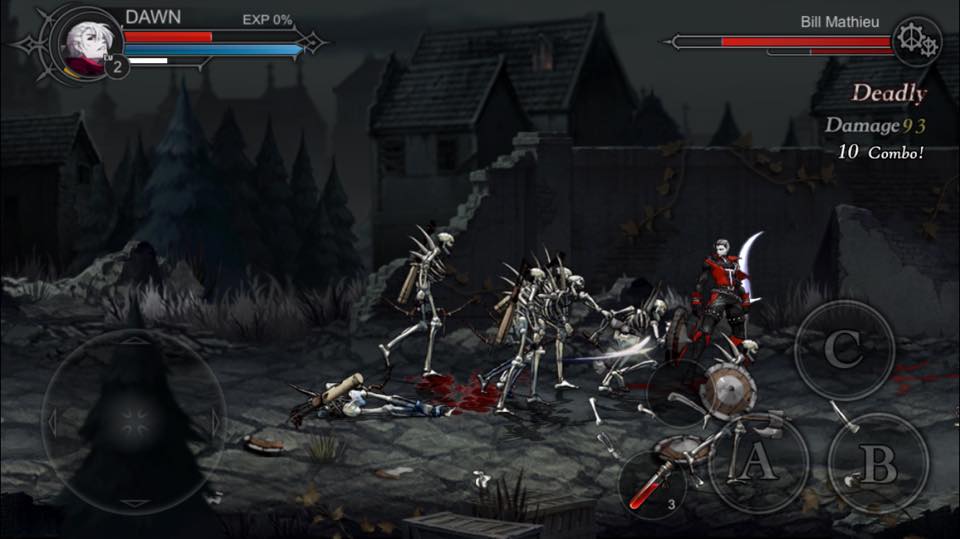 Kainen - I've found I can run from one end to the other so all creatures can come out at once, then just kill them all together. GGod Hand - That's what I've been doing. Just run to the end, turn around and spam 6 combos repeatedly until they're dead. Do it again, and again, and again, until you realise this game doesn't have much meat to its burger. Kainen - It's a crying shame. It was shaping up to be really good. GGod Hand - I was excited too, but it turns out the trailer and first 30 minutes of gameplay are all hype. Once the honeymoon phase is over, it really is over. Kainen - Looking at it more closely, you can see so much more could be done with this and the level design. GGod Hand - I will say this though, the people behind the game's art have great talent. Credit where it's due. They have the potential to make it far in the industry with this level of expertise. In fact, I highly recommend they seek out a position at Konami and offer a hand creating a true sequel to Symphony of the Night! Matthew - I like the art and graphics, they're done very well. The translation, however, could use a lot of work. Quincy - I was waiting for you guys to have a crack before giving my two cents since I was in the beta. And I agree completely. It's a beautiful looking game, amazing art. The quality of which you’d see in comics or cartoons. But, there's not really much else to say. The levels are very blah, and I lost interest almost immediately. The characters have no personality and the dialogue does not change depending who you choose. This is a beautiful mess of a hack & slash game.

One of the few betas I actually abandoned.

Mike - Man, this actually does look solid. I'm still tempted to try despite your impressions. GGod Hand - Seriously man, it's all just a ruse. Don’t do it to yourself. Chase - Eh, this game is pretty fun. It's kind of simple. Pick a level, find better weapons, kill things, do other RPG stuff, and don’t die. Fun to play when bored and when it works. Quincy - I actually quite like the soundtrack, and also the fact that the game syncs between devices. That should be standard really. Quite worrying that's one of the only good things I can say about it. Edward - Having one or two bugs with sound. It feels incomplete and a bit clunky at times. Danny - Many areas only seem to have ambient background sounds rather than music. What's up with that? Edward - Yeah, I know. It's so weird. Just played a level where that's the only sound I could hear. No sword clanks or character sounds. Danny - Quite disappointed with this. I was expecting Never Gone to be a lot more fun based on my first impressions back at TGS in 2014.

There's a number of issues, but they all stem from overcomplicating what should be a simple, fun brawler game. There is far too much dialogue in the game, and the script and translation are downright atrocious. The opening half hour is riddled with tutorials, many of which are for systems that really didn't need to be in the game.

The core hack and slash gameplay is fine, even fun at times, largely thanks to the smooth character animations and visual effects. The trouble is that each level is split up into piecemeal portions rather than longer levels with a variety of enemies and bosses.

I really hope Hippie Game go back to the drawing board and rebalance the game for an Arcade Mode that plays more like Golden Axe and Streets of Rage, getting rid of all the unnecessary clutter.

By all means, there can be a stat-building, equipment grinding adventure mode too, but they've really missed a trick by not having an arcade mode with multiple characters available from the get-go.

Also, I understand many of the old brawlers let you fight off-screen enemies, but at least they had the sense to put walls up for the boss areas. Sucks not being able to see your deathblow to a boss if they've been pushed off-screen.

What do you think of Never Gone? Is it as awful as they say? Talk to us below.