As we approach Halloween more and more games are releasing seasonal events and the latest to join the party is Need for Speed No Limits. The mobile racer has teamed up with Cloudco Entertainment to introduce some Madballs content, a popular toy in the 80s that has been revived in the last decade.

The update, which is set to arrive on October 26th, will see several wraps become available for player's cars that sport the pop-art look of the Madballs franchise. It will also feature a special story event where an in-game character purchases a mysterious toy that promptly possesses them with a Madballs-inspired alter-ego.

Players will then have to use all of their driving skills to outmanoeuvre this Madballs character in order to save the city. Additionally, Madballs themselves will be debuting a new character during the event that will have a limited-run as an action figure.

This character is called Trashin' Pumpkin and has been made by Megalopolis Toys as part of their Megapolis: Premium DNA Madballs Collection. It will be able to pre-order exclusively from within Need for Speed No Limits. 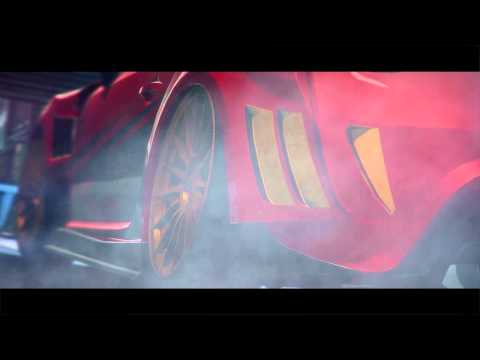 Discussing the collaboration Sean Reynolds, Brand Lead for Need for Speed No Limits said: “Halloween has always been a time for us to bring something fantastical and fun to the game, and we could not be more excited for fans of both NFSNL and Madballs to get their hands on this update”

They added: “We are debuting a new Madballs character in-game that will be produced for the first-time ever by the team at Megalopolis and it is something fans of Madballs and Halloween enthusiasts are going to go crazy for. No one expects something as wild and quirky as Madballs in NFS, and the results are going to be something – I hesitate to use the word ‘spooktacular’ but – players have never experienced the franchise like this before.”

Need for Speed No Limits is available now over on the App Store and Google Play. It's a free-to-play game with in-app purchases.

Looking for other top-tier racing games? Here are 25 of the best available for iPhone and iPad
Next Up :
Rebel Riders is a new PvP action game from King, currently playtesting in select countries for Android