Revving up for a November launch

Right back at the beginning of October we learned that Need for Speed: Hot Pursuit is coming to iPhone. Further details emerged a couple of weeks later thanks to a leaked slideshow.

Now we have the first screenshot, and a few more details.

The screenshot to the right of these words - and in large form below - shows the the player taking on the role of a cop in a Lamborghini Reventon. The player's quarry is driving a Pagani Zonda Cinque.

Along the bottom of the screen are the three 'weapon' buttons: spike strips, road block, and EMP – an electromagnetic pulse that fries the quarry's electronics.

The map in the top-right shows the two drivers, and the orange bar wrapped around the lower-left part of the map shows the thrust. To the left is the bounty. This is what drives your career progression – as you work your way up the bounties you unlock more supercars.

It should be out some time in November. 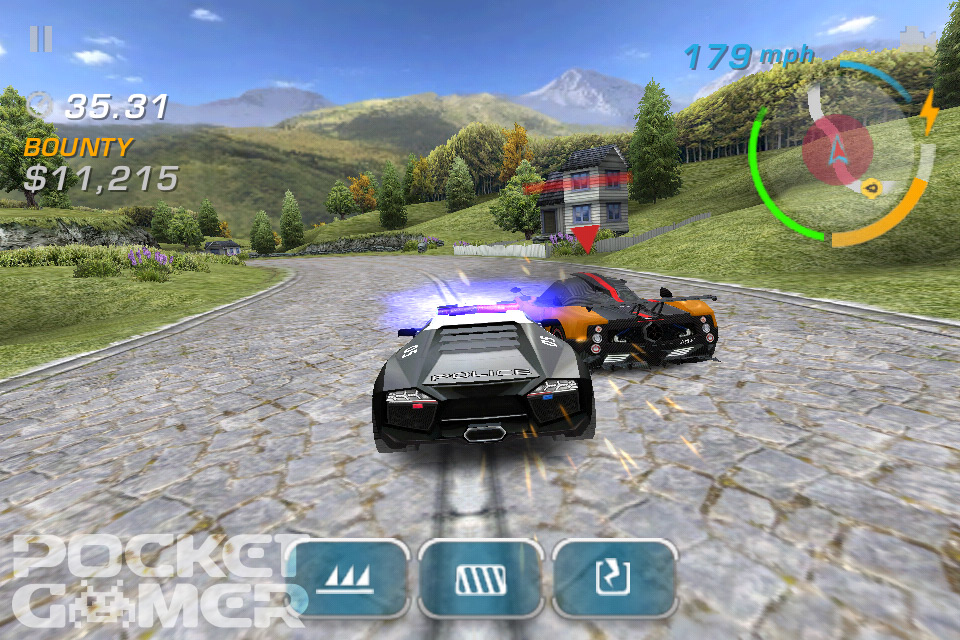 Click the screenshot to zoom.
Next Up :
Three Kingdoms: Legends of War is officially out now on Android and iOS

Need For Speed: Hot Pursuit roars onto the Android Market

Need for Speed: Hot Pursuit out next week on Xperia Play