Necromunda: Gang Skirmish isn’t quite ready for a release on iOS and Android yet but instead we’ve got some unseen footage to show of Legendary Games’ upcoming mobile multiplayer title.

Based on Games Workshop’s Necromunda tabletop game, it’s set in the eponymous world where outlaws, bounty hunters, thieves and gunslingers are rivalled against each other and battle for dominance over territories in the Underhive, a lawless pit at the bottom of a hive city.

In Necromunda: Gang Skirmish, you control a gang working your way up the ranks for reputation and power in a series of multiplayer turn-based strategy games. There are six starting factions to choose from, four of which will be available at launch with the others following in updates, and the game will continue to be supported throughout its lifespan with new content additions occurring every two weeks.

Check out some teaser footage for the game embedded below. We’ll also be showing off previously before unseen gameplay during the LaunchPad stream later today. 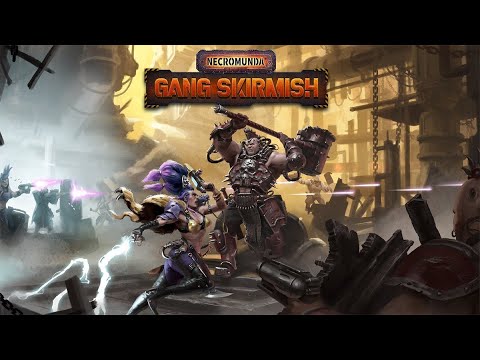 Back when Necromunda: Gang Skirmish was announced last year, Ewan Lamont from Legendary Games said: “Necromunda: Gang Skirmish will be an exciting new addition to our series of turn-based strategy games and we are excited about working with another Games Workshop property after the great success of a long-running game, Mordheim: Warband Skirmish.”

“The Necromunda tabletop game is a great experience with a few friends, we can't wait to play Gang Skirmish with a few thousand friends!”

There’s still no release date or pricing model set for Necromunda: Gang Skirmish yet, but it’ll be landing on the iOS App Store and the Google Play for Android store at some stage. Be sure to keep an eye out for an update from us when we know more.

You can head over to the PocketGamer LaunchPad hub to find all of our exclusive announcements from our two-day event!
Next Up :
Fortnite v21.20 update brings New Indiana Jones skin set, Charge SMG, and more

Necromunda: Gang Skirmish is a turn-based strategy based on the tabletop game out today on iOS and Android

Necromunda: Gang Skirmish is an upcoming multiplayer title for iOS and Android based on the Games Workshop tabletop game