Nimble Neuron is launching a new 3D tower rush game called Nano Legends. It will be launching on iOS next week.

Nano Legends takes place in an antique shop where a witch has collected a bunch of priceless artifacts for the past millennium. She uses these antiques to bring little characters called Nanos to life, who then go to war with each other with the help of you, as a giant, to command their armies.

Using a one-tap system on your smartphone or tablet, you send troopers into battle, use miracles, and control champions to lead the battlefield. You can pick them up, throw them where you want them to be, and actively use their special skills to fight the enemy and gain control over the territories. 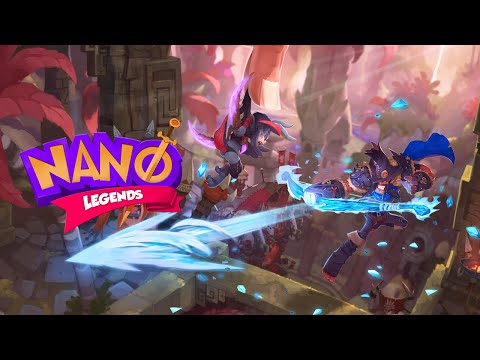 The main point of interest for Nano Legends is its Champion system. “The Champions are what makes our game so unique,” says Seonghun Song, the game’s director. “Unlike other Tower Rush games, in Nano Legends, you actively control your Champion in battle. It’s more than a game of chess.”

“They all are very unique and have awesome interactions with each other [troopers, towers, and miracles], which puts strategy at the center of our game. You can even customize them with cool skins and accessories!”

The game will have 13 champions, 49 units, 8 towers and 23 miracles on launch, but an update is also planned for mid-April which will bring more content to the game.

Nano Legends will be available to download from the iOS App Store on 30th March. There’s no word on a pricing model yet but we should know more when the game’s store page goes live.

If you do enjoy playing MOBAs (Multiplayer Online Battle Arena), you ought to check out our list of the best ones you can play on your iOS device.
Next Up :
Turn-based horror Kowloon’s Curse launches Kickstarter campaign