There are just a few more hours to go until the Kickstarter campaign for Mythic Legions Tactics: War of the Aetherblade comes to an end. As the first video game set in the rich lore of the Four Horsemen's "Mythic Legions" Universe, it features everything fans love about the franchise transformed into an action-adventure turn-based strategy game, and there’s still time to support the campaign if you want to see the project come to life.

Mythic Legions Tactics: War of the Aetherblade is a tactics game that lets players dive into the world of Mythoss, picking factions to side with in exhilarating strategy battles. You can side with humans, elves, dwarves, orcs, knights, skeletons, demons, and trolls, as well as switch sides whenever you feel like it, all for the ultimate control of the mystical relic Aetherblade. 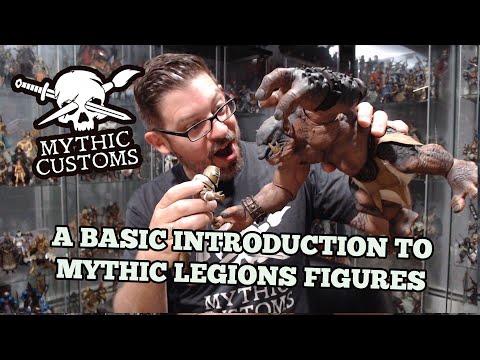 What’s cool about backing this project is that supporters not only receive in-game goodies upon launch, but they’ll also be heavily involved in the development of the game itself. And as the perfect icing to the cake, backers will get the chance to receive actual, physical rewards in the form of exclusive action figures. This includes a special edition of Gorgo Aetherblade and Attila Leossyr, the most in-demand characters in the lineup.

Given that the Four Horsemen Studios used to design and sculpt tons and tons of figures for Mcfarlane Toys, as well as for franchises like Masters of the Universe, The Dark Knight, Harry Potter, DC Universe Classics, and Man of Steel, the figures are bound to be a must-have for collectors.

There’s no exact release date for Mythic Legions Tactics: War of the Aetherblade as of yet, but it will be available on PC, Android, and iOS. In the meantime, you can back the project to get your hands on the exclusive goodies while you still can.

On the hunt for more strategy titles? Why not have a look at our list of the top 25 best strategy games for iPhone and iPad (iOS)?