Take a brief look at Muse Dash and you'll probably have figured out exactly what to expect from the entire experience - high energy J-pop fused with ridiculous anime characters which will either make your heart sing or your ears bleed.

It's simple, clean fun with some utterly bonkers tunes to smash your way through, and plenty of things to unlock to keep you playing and playing until you're vomiting in technicolour.

Its progression is heavily focused on hooking in newcomers, making it harder to keep playing after you've invested a bunch of time in already, but gosh, those early hours are fun.

Muse Dash is incredibly simple - you have two buttons, and two lanes to keep an eye on. As enemies pass over the hit box on a lane, you hit the corresponding button. Done. 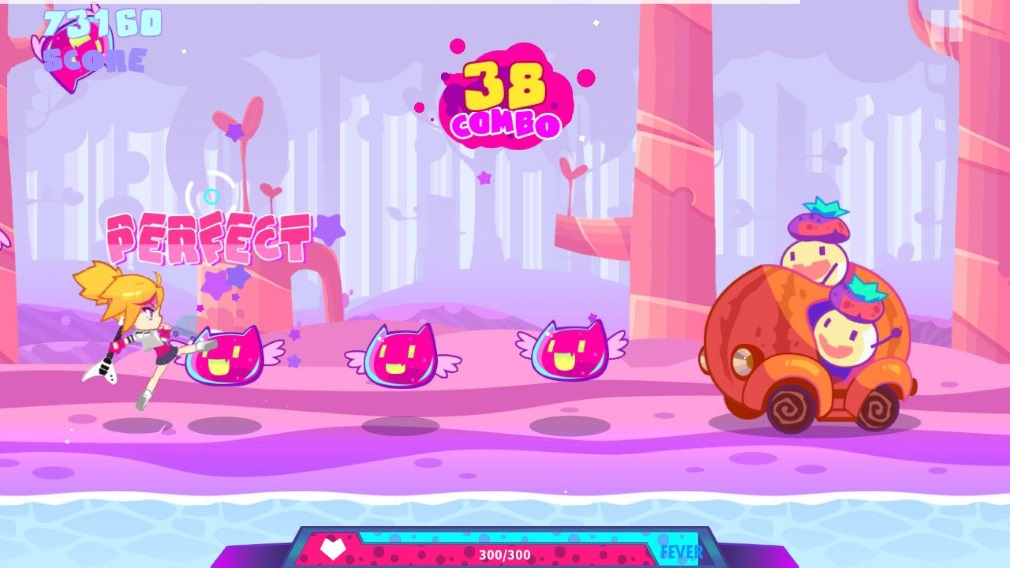 Sometimes you need to head into the higher lane to dodge a saw on the ground. Sometimes you'll need to rapidly press both buttons to defeat mini-bosses. But the core simplicity remains.

That doesn't make it easy, though. What the game lacks in control complexity, it makes up for in its note charts, which range from delightfully simple to ridiculous tough depending on your chosen difficulty.

Early songs on Easy difficulty gently introduce you to the basic concepts of the game, but within the span of a few songs and a quick bump to Hard difficulty, you'll find your thumbs being given a serious workout.

And it is a ton of fun. The feeling of smashing perfectly through a difficult section is like nothing else, and hearing the words "full combo" at the end of a song is pure bliss in digital form.

Visually, there's more than a little inspiration taken from Rayman Legends here, which isn't entirely surprising - each level feels a lot like one of the music-based sections in Ubisoft's platformers.

It's all garish colours and big-eyed anime girls, battling it out with cute enemies in ridiculous environments. If that's not your thing, this game isn't going to persuade you otherwise.

Nor will the music, unless you're partial to a bit of J-pop. There are some wonderful tracks here, but unless that sickly-sweet brand of music is already your jam, you might grow tired of it all pretty rapidly.

Of course, you may have already known this. Muse Dash has already enjoyed a life on mobile, and it was just as great back then - our Harry even gave it an 8/10 last year when it was first released. 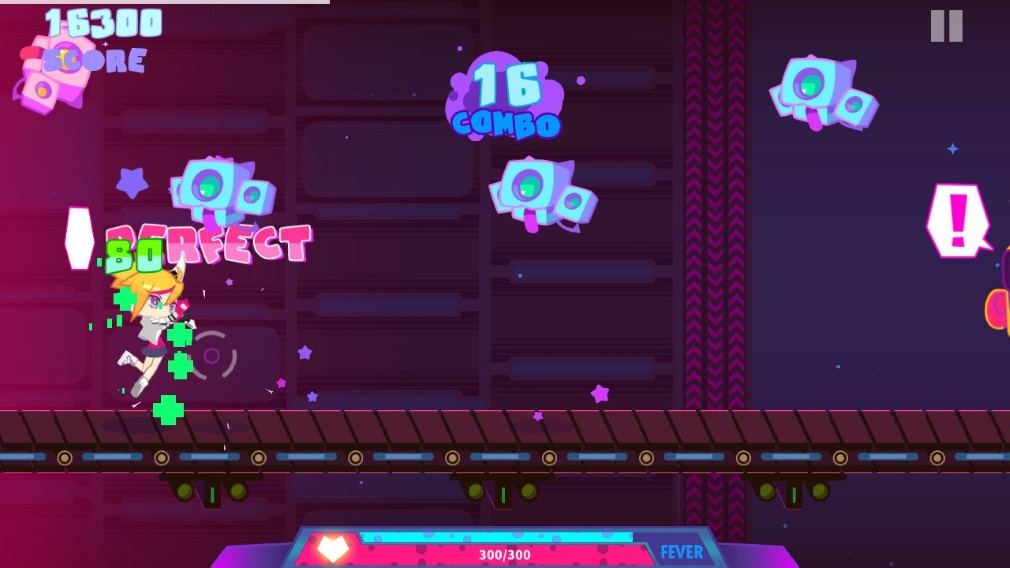 What you're getting here is the full package. Alongside the main game, you've got every single piece of DLC thrown in, all open to you from the start.

And that's really quite helpful, because progression in the main game can stagnate. You're only given a handful of core songs to start with, and you need to unlock the rest by levelling up.

Perform well in a song, and you'll probably bump up to another level, especially early on. But unlocking new characters is done by earning items at random through levelling up, which often leaves you with nothing but one new song per level.

Time is Running Out

It's not the greatest progression ever, and the further you get, the less you're going to be earning. But in those early days, it's enough to keep you coming back for more.

All in all, Muse Dash caters for a very small niche of players, but those players are going to be very well looked after.

It's ridiculously tough if you want it to be, and delightfully fun no matter how you play. Its progression is a bit wonky, sure, but you can still have a lot of fun even if you play in short bursts.

Muse Dash is a whole lot of bright colours, cheery music, and ridiculously fun rhythm action
Next Up :
UFO99 review - "A fun little arcade game on the go"