Blazing Griffin has released the final chapter of its puzzle-solving detective game Murder Mystery Machine on Apple Arcade. The finale is title ‘The Tyger and the Lamb’ and its release coincides with the announcement of the game coming to PC and console platforms later this year.

With the web of connections finally laid bare, you must help CC and Nate connect the dots to uncover the conspiracy that began with their very first case together. When the only person who can help to crack the case is found dead in a motel car park, the detectives understand it is far too coincidental to be a simple mugging.

The episode features five new mysteries to solve in five new environments, as well as a final moral choice for you to decide on. 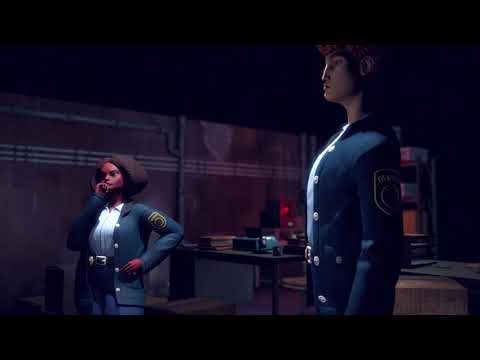 “As our grand finale, we wanted to do something a little differently with this episode,” said Justin Alae-Carew from Blazing Griffin on the latest episode. “We’ve definitely raised the stakes and also incorporated a lot of our development learnings to advance our unique mind-map gameplay. While it’s the final episode, this definitely isn’t the last you’ll see of Murder Mystery Machine. We’re really excited to be working with Microids on the PC and Console release and can’t wait to see how players on those platforms enjoy the game.”

The release of Murder Mystery Machine’s finale also confirms the game will be releasing on PC and consoles later this year. Blazing Griffin hasn’t given a firm date for this yet, but we know it’ll be launching on Xbox One, PlayStation 4 (as well as Xbox Series X/S and PS5 via backwards compatibility), Nintendo Switch, and PC via Steam.

You can download Murder Mystery Machine now on iOS via Apple Arcade.

If you enjoy puzzle games, read our list which details some of the best on iOS.
Next Up :
Bleach: Brave Souls adds in-game campaigns and free summons as a tie-in to Thousand-Year Blood War