Battle royale games are all the rage right now and mobile is the ideal platform for them. There’s nothing quite like killing a bunch of random strangers while on the move.

Munchkin.io is the latest addition to the thriving genre, but the Meerkatgames has all it takes to become a classic. This is an original take on the concept which sets itself apart with high accessibility and fantasy themes, and here are five reasons why you should try it. 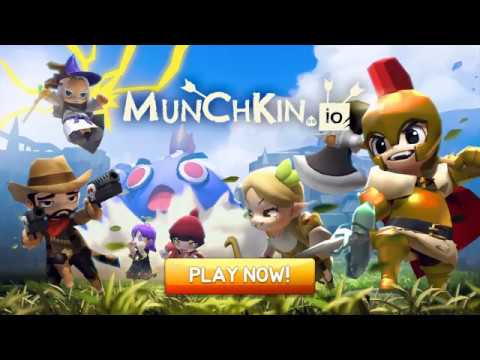 There’s room on your mobile device for Munchkin.io alongside PUBG and/or Fortnite, both literally and figuratively. It’s touted as a lighter alternative to the genre’s behemoths and it lives up to this promise with a streamlined control scheme you can master instantly.

As well as being highly accessible and optimised for tablets and smartphones, Munchkin.io won’t take up much space on your device. The game weighs in at just over 70MB!

Although Munchkin.io keeps things simple, there’s more to the game than murdering random strangers until you’re the last one standing. There are various battle modes to try out, including a 20-strong battlefield contest, and each one calls for a different strategy.

You can level up your characters and their progression path will be different each time. To keep things fresh, the rewards and items they earn at each new level are randomised, so it will be rare to find two players with the same arsenal and skillset.

Moreover, the game isn’t afraid to shake things up and try something different. There’s even a football-inspired mode called Munchkin Ball on offer. Back of the net!

In keeping with its accessibility-first ethos, Munchkin.io sports colourful, cartoon-style visuals which only add to its charm. There’s plenty of scope to put a personal stamp in your character too, with 30 costumes to unlock as well as accessories, and 100 weapons to wield.

There’s no waiting around

Waiting around in lobbies while a battle royale game rounds up strangers for you to compete against is tedious, but there’s none of that in Munchkin.io. The game lets you jump right into contests, pairing you up with other players via an auto matchmaking tool.

Everything about the game was designed with speed in mind. Thanks to its lean file size and gentle learning curve, it’s possible to download Munchkin.io, dive into a match and master the controls within a matter of minutes. So, what are you waiting for?

If you’re still unsure whether Munchkin.io is for you, consider this: it won’t cost you anything to find out first-hand. The game is free to download from Google Play and the App Store. Sure, there are in-app purchases, but they’re entirely optional.

Munchkin.io recognised as one of 2018's best Indie Games by Google Play