Webzen has announced the official launch of MU Archangel 2 in Taiwan, Hong Kong and Macao, with future plans to expand. As the pre-registration period ends, players can now get their hands on the MU-based elements of the new title on both iOS and Android.

MU Archangel 2 features original characters, bosses, dungeons and guilds while staying true to the fan-fave elements of the hit MU franchise. After its successful launch in South Korea last year, the game is inviting more players in the region to dive into its new features as well, which include a fresh group character growth system, skill combinations, the handy MU Helper and more. 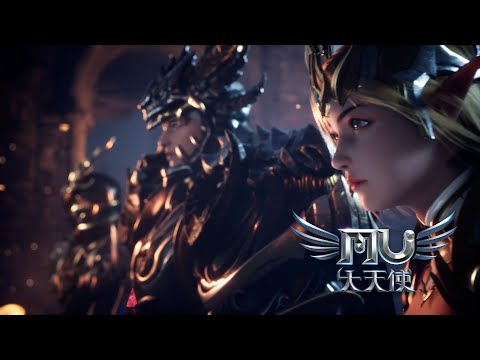 Coinciding with the launch is WEBZEN's partnership with a digital content payment system that enables users to top up their MyCard point in exchange for in-game goodies. The MyCard system also gives players the chance to score an Apple iPhone13 Pro Max, MyCard cash coupons, up to 50,000 MyCard Points and so on.

Players can expect various PvP content to be added soon as well - this means large-scale raids conducted across world servers. If you're eager to get a slice of the pie, you can download MU Archangel 2 on the iOS App Store and on the Google Play Store for Android devices. It's a free-to-play game with in-app purchases.

What's A Preferred Partner Feature?
From time to time Steel Media offers companies and organisations the opportunity to partner with us on specially commissioned articles on subjects we think are of interest to our readers. For more information about how we work with commercial partners, please read our Sponsorship Editorial Independence Policy.
If you're interested in becoming a Preferred Partner please click here.
Next Up :
Final Fantasy VII: The First Soldier's latest event challenges players to defeat the fearsome boss monster, The Bahamut Sin