Even after spending a solid week playing it intensely for review, I've been dipping in and out of it every day for coming up on a month now. I've been soaking up the weird and wonderful world created by Oh Bibi Socialtainment.

Picking through the sticky-sweet world of doughnuts and Dodge doppelgängers has left me with a lot of questions though, so who better to answer them than project lead Stanislas Dewavrin?

Stanislas talks to Pocket Gamer about its homespun roots, how '90s movies directly affected the sound design, and how DeNA can teach the man behind Asphalt a thing or two about car games. 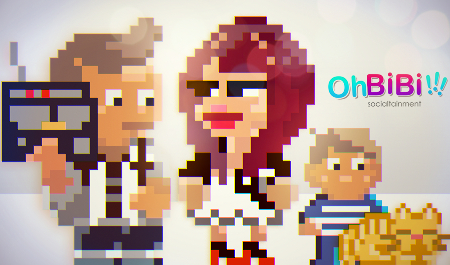 Pocket Gamer: Kicking things off, for those who aren't in the know, just exactly what is Motor World: Car Factory?

Stanislas Dewavrin: Motor World: Car Factory is a free game where you build and develop your own car company with your friends by assembling a giant collection of wacky unique cars.

I wanted a visual and audio representation that would remind you of the cool vibes of the early '90s pixellated video games: positive, full of energy, and super dynamic. The game itself is deep and mysterious. You need to play it and "gotta build 'em all" to understand what it's about.

The creation of Motor World: Car Factory has reportedly been very much a family affair. Can you tell me a bit more about how this came about, and what it's brought to the end product?

Well, it is! The game was made entirely at home and I did almost everything by myself. My wife gave me help for the female characters and the initial launching of the game, while the family cat (Bibi) gave his name to the company.

It was super fun to make and was really intense. I've spent around 14 hours per day for nine months working on it. I would never give up on any features or details just because they were too complex to do; I only care about one thing: the final experience.

The game has a weird sense of humour, there are zombies at midnight and the visuals are 8/16-bit, but there's also a clear passion for cars and their collection - was this eclecticism deliberate?

Sure and that's just the beginning of the list.

The game is filled with secret stuff you have to discover yourself. I wanted to build a place - the Motor World - where it's just fun to be in, where there is always something unexpected happening to make you want to stay in it and discuss with your friends to figure it out.

The Motor World is alive, it has its own News Report Show, its own stars: FatCheeZ, Slim Cheddar, CatMan, Zombie Joe, and so many more.

It's got its own hidden Motor World economic flow and so many fun stats, charts, and details that will influence the success of your company.

All the little NPC characters on the street have independent minds and do their own things. They talk to each other, make jokes at each other, and spend money to buy your cars or in your shops. 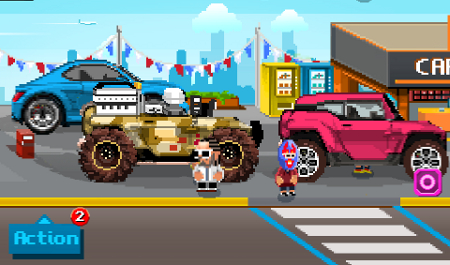 What was the thinking behind the faux-epic audio design? The overly long ring that accompanies collecting money earned is a particular favourite of mine...

It's cool you picked that up! Well, music and sound are a powerful conveyor of emotions.

During the '90s, movies had tendencies to use powerful tones at critical moments. Think Back To the Future whenever Marty saved the day, or Jurassic Park when you see the first dinosaur.

Those sounds are not only marked in your memory, they're engraved in our hearts. I wanted to bring back that feeling when you do something cool.

If you don't mind me saying, on the surface its eclecticism and multi-influence style is a little odd, almost bewildering. Who did you have in mind when you were making the game?

The fact I'm French and grew up as a teenager in the '90s is maybe a starting explanation. Among other things, I was a big fan of Akira Toriyama (the creator of Dragon Ball), Final Fantasy VII, J.J. Abrams, and Daft Punk.

I've also reached a very advanced level of car passion in which I feel a genuine love for mass production vehicles, industrial history, and the men who made it.

Pop culture is my culture. I've been making games since I was eight years old and I never wanted to do anything else.

My mother was an artist and a biker. My father was a businessman and a car lover. He was homeless at some point in his life and fought his way to become a millionaire afterwards. My wife is 200 percent geek and yet she's addicted to fashion. Contradictions or opposites never scared me; I love them. Contrast is what you need to understand things.

My inner world is even more complex, but Motor World is the first interesting shot of what's in my head when I close my eyes and follow the rabbit down the 16-bit hole.

This is the first project from Oh Bibi, but previously you were part of the upper levels of Gameloft, and the creator of the Asphalt franchise. Now you're striking out as an independent, while working with DeNA's Mobage platform. What has this change of pace been like, and do you prefer this approach to making and publishing games?

Well, talking about contrast, this one is strong too.

At Oh Bibi I'm free to follow my path, I can do whatever I want, and this will always be something new and with a soul.

The guys and girls on the third party team at DeNA are really cool. They were playing Motor World and contacted me. I was amazed at how passionate they are about what they do. We share a common love for good entertainment and details; their level of expertise and attention really stands out and you can tell a company doesn't reach their level without some really great talent on board.

They have stuff to teach me, and I'm humble enough to listen and learn. Since I've started working with them, I can tell I'm better at what I do, and that's really the only kind of collaboration I'm interested in doing. 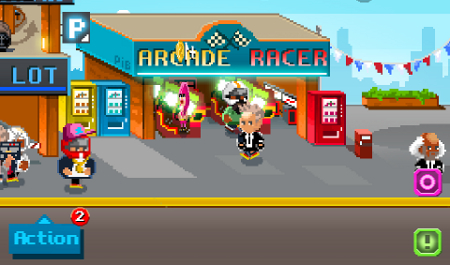 Asphalt kicked off as a premium price racer on mobile, but with this release you're starting at free with micro-transactions. Is there a space among gamers today for a racing game that costs money upfront?

I know you're probably thinking about the Real Racing 3 controversy right now.

Personally I'm not playing economic models, I play games. It changes the experience for sure, but there's always a way for the creator to get the upper hand with it.

Free-to-play can bring even more good things to the experience. It just has to be done the right way. Paying money upfront is in no way the guarantee of a great game.

What's next in the pipeline for Motor World: Car Factory? What kind of content will you be adding to the game moving forward?

A lot of stuff is coming. I've got two years of updates in my head, with up to 1,000 cars in the end, and an Android version is coming soon!

Motor World: Car Factory is available now on iOS and - as mentioned above - is "coming soon" to Android. You can read our full review here, and get hints and tips on the game with our guide.
Next Up :
Figure Fantasy: What to expect from the epic Ultraman Tiga collab

How to speed ahead in Motor World: Car Factory - hints, tips, and tricks