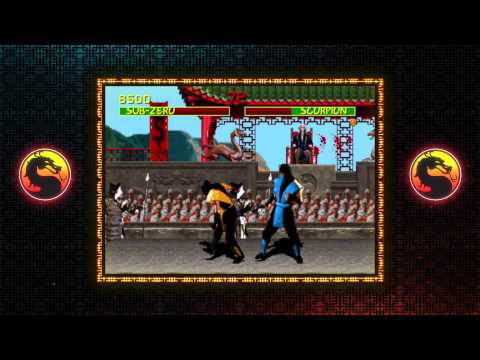 Warner Bros. Interactive Entertainment and NeatherRealm Studios have announced that Mortal Kombat X will be coming to iOS and Android in April.

The mobile version of the gory fighting game will be realised on mobile in the same way as NetherRealm's Injustice: Gods Among Us was.

Yep, that means it's a free to play card battler and 3D fighting game hybrid. It'll also have multiplayer team combat opportunities for those who want that.

As to be expected of a Mortal Kombat game, it'll feature Fatalities, x-rays that explore bodily damage upon impact, and the series' iconic roster of characters.

You'll be able to unlock content in the console versions of Mortal Kombat X by playing the mobile version, and vice versa. To do this, you'll need a WB Play account will have to complete tasks and achievements

You can get your first look at Mortal Kombat X for mobile in the video above.