We all knew ahead of time that Mortal Kombat 11 would be an awkward game to port onto Switch. Sure, we've seen the likes of DOOM and Wolfenstein II appear on the system, but the Nintendo Switch hasn't yet had to handle a big AAA Unreal Engine 4 title, and aim for 60FPS too.

So despite all of the valid concerns, it's nice to see that the latest installment in the historic and gruesome fighter has survived the porting process very nicely indeed. Sure, things aren't quite as crisp here as they will be on PlayStation 4 and the like, but despite that, this makes for an incredibly good way to play Mortal Kombat 11 at home or on the go - but things aren't perfect.

But what if you have no idea what Mortal Kombat is? Well to put it short, Mortal Kombat isn’t a game you want your kids to play. Mortal Kombat includes bloody fatalities and gory attacks that just might put the fear of God into the youngest children in the house. But for you fully grown adults? It's a pretty darn good fighter.

Mortal Kombat, when compared to anime fighters and it's Japanese contemporaries, is a pretty slow and methodical fighter to play. Rushdown tactics and big combos are of course a part of the experience, but you will often find yourself working pretty hard to approach opponents and get combos started. 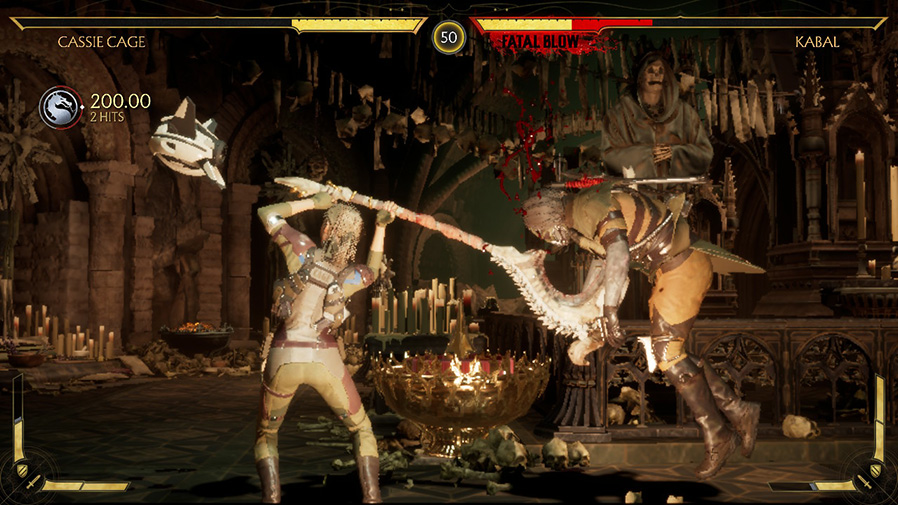 There won't be any air dashes or insane button mash combos here like you can get away with in some faster anime games. In Mortal Kombat things are slower and more precise. Combos feel planned out, as tapping out a quick combo isn’t guaranteed to hit, nor leave your character safe.

Traditional links like in Street Fighter aren't really here either, with links replaced by set combos to quickly tap out and combos extended by a literal combo extension button for after special attacks, or by launching and juggling opponents.

What I must praise Mortal Kombat 11 for is the incredible effort put into the tutorial. From the most basic of moves to some advanced strategies and tactics, the tutorial is there to carry players from being the least skilled, to the most deadly.

Fighting game newbies can feel comfortable jumping into Mortal Kombat 11, playing through the story mode, and then using the tutorial to understand the game in depth before jumping online.

And on Switch at least, the online is hit and miss. Admittedly I was using a WiFi connection in portable mode - the way to play if you want the most dropped frames and lag - but the experience was passable, not really good.

And that dropped frames issue remains a problem in portable mode at least. Honestly, it's a miracle the game runs as well as it does, but in portable mode you can see it start to struggle and drop from 60FPS. This is not the version to play if you're practicing your combos pre-tournament. 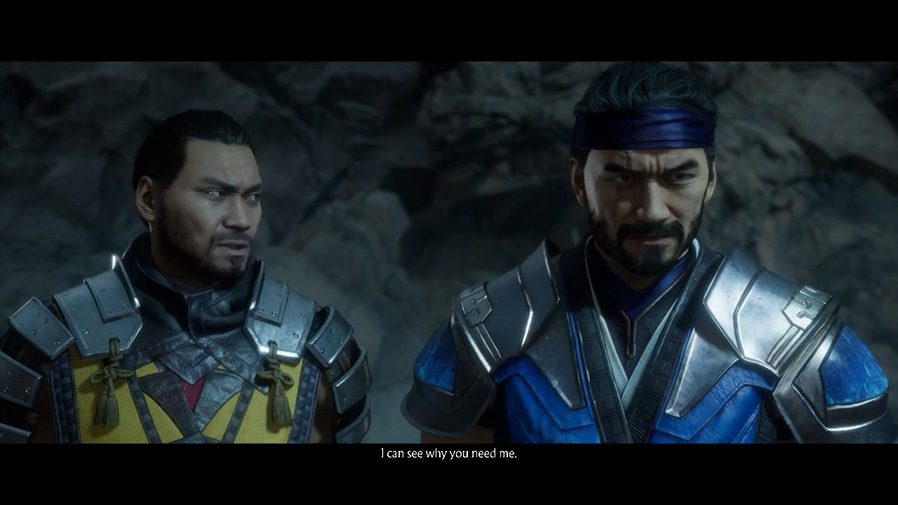 The game really starts to show port struggles when you head into The Krypt, the third-person dungeon explorer mode where you'll be sniffing out loot and spending your Koins. Frames are dropped regularly, and when compared to other platform versions of the game, The Krypt looks shockingly ugly. Though, it doesn't feel like too much of a loss, considering how rubbish The Krypt is to play even in the best case scenario.

If you want to play Mortal Kombat for the story mode casually and mess around in the others modes occasionally, then this is a decent version to play, but considering the Nintendo Switch is so well adapted for portable play, it's a shame that this game doesn't want you to play out and about.

If you're offline, you will be prevented from earning gear from any of the game's modes, with some modes giving you the gear once you've reconnected to the internet. Some. Some will just not reward you at all for your offline progress. A massive shame, and another point that shows NetherRealm do not want you to play this game offline.

But despite that, Mortal Kombat 11 is a very fun fighter, with a middling port that might leave some fans feeling a bit cold. Hopefully with future updates the game will run a bit smoother, but until then, it's a struggle to recommend this version of the game unless you really can't play the other versions.

Mortal Kombat 11 on Switch is for true Pocket Gamers only - if you can play this game sat at home, then the other platforms are a better fit. Regardless, with a fun story mode and plenty of Kontent, this might be the best fighter on Switch next to Dragon Ball FighterZ
Next Up :
Netflix Oxenfree review - "Reading the signals of a thriller story"