It's the end of another week and it doesn't half feel like the days are zipping along, eh? With games like Brawlhalla, World of Final Fantasy Maxima, Moonlighter, and more on the cards, it's going to be another tricky decision for us (and our wallets), but we're practically spoiled for choice already.

Yesterday we had a gander at what new games were ready for playing on iOS and Android and, since it's Friday, it's time to take a look at the new Switch games you can grab this time around. As always, the biggest question is what to dive into first…

After earning a very reputable review score on Steam, this free to play brawler is finally available on Nintendo Switch. Whether you want to battle online, locally with up to eight players, play in single-player tournaments with bots, or pick and choose from a variety of game modes, there's plenty to get involved in right here. 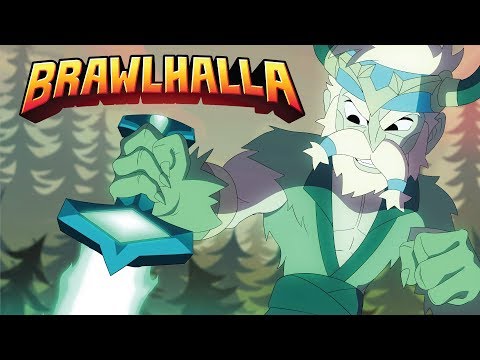 You might have played it on mobile already or you might not have, either way The Bug Butcher is a nutty, action-paced 2D side-scrolling shoot 'em up with some seriously big bugs. Play solo or in local co-op mode through 30 levels, tackle huge boss fights, and have fun with the crazy gameplay. There are three difficulty modes to suit the game to your tastes, and plenty of variety in weapons and power-ups as you go too. 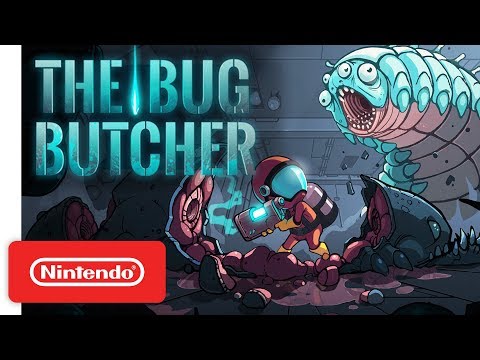 Carnival Games does exactly what it says on the tin. With 20 mini-games on offer, there's lots to do and possibly something a bit nostalgic for those out there who've had first-hand experience with these sorts of funfairs. With single player and local multiplayer available, this'll be great fun for all ages and possibly one to consider for family gatherings – I said possibly. 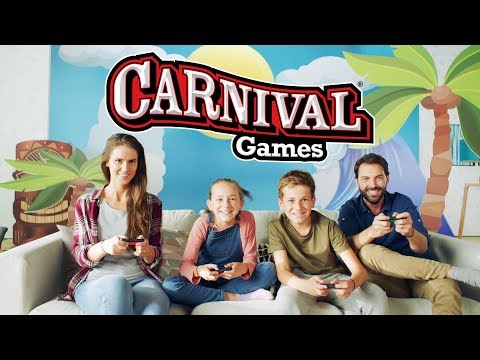 Here's another familiar face for mobile gamers as Crashlands nips out on Nintendo Switch. Playing as galactic delivery truck driver Flux Dabes, you need to fight and survive across Woanope after your rig is torn to bits by the alien, Hewgodooko. There are boss fights to have, things to tame, items to craft, quests to complete, and more. And there's a reason it's so highly rated. 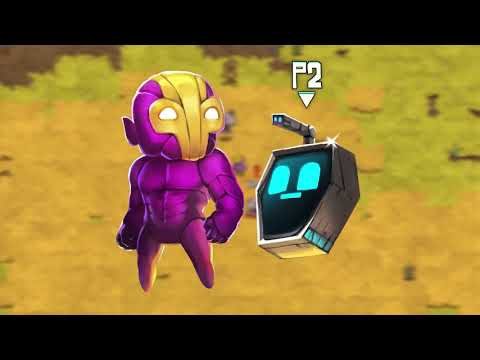 In terms of games where teamwork is key, Full Metal Furies is definitely one of them. With a unique combat system to work with, you need to band together with your pals to defeat special enemies and save a war-torn world from imminent doom. Saying that, you don't have to play with anyone if you don't feel like it. Going at it on your own is still an excellent option. 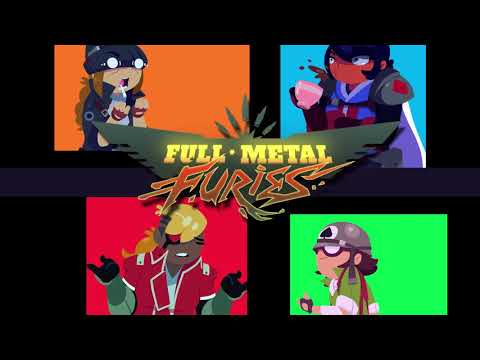 Often one of the trials and tribulations of racing games, particularly Mario Kart and a certain rainbow-themed level, is falling off the course or losing control of your car. With GRIP, however, it's not quite so easy to do so. Your vehicle can drive up walls and ceilings while reaching breakneck speeds. All the while you've got 22 tracks to drive through, nine power-ups/weapons to help take on your opponents, and a couple of different modes if you fancy changing up the racing routine. 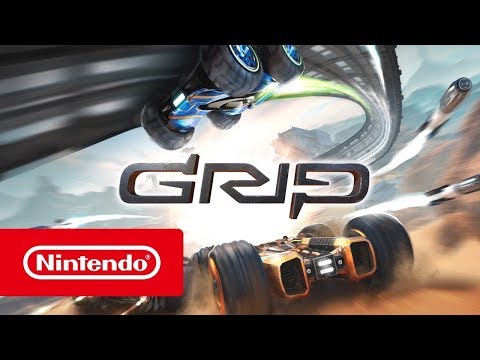 While Story Mode's appearance on Nintendo Switch might still be a bit bitter for some, if you've been waiting to play the blocky narrative game's second season you needn't wait any longer. Season Two comes with all five episodes, a new bad guy, and the return of familiar faces from the first season. Oh, and a very spirited and temperamental llama that's not too keen on taking sass from anyone else. 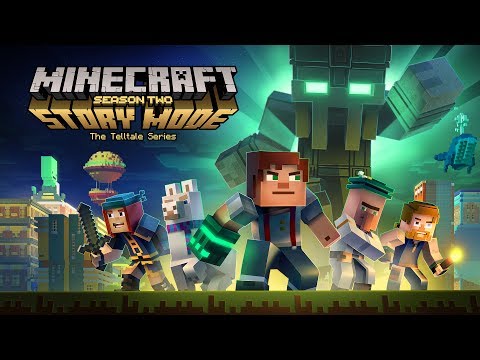 After being revealed during one of Nintendo's many Directs this year, Moonlighter is now available on the Switch, hurrah! This action RPG focusses on Will and has you conducting business in the day and journeying through different worlds at night. From keeping an eye on your shop to fighting bosses in another land entirely, this will certainly be an adventure. 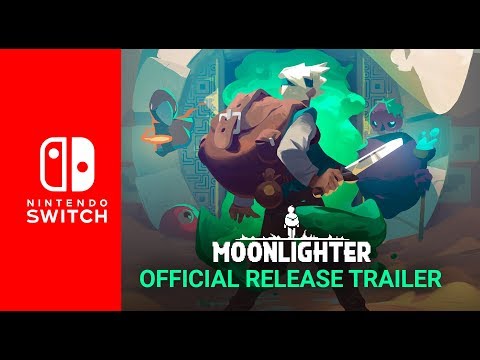 If you've been missing something post-apocalyptic with motorbikes in your Switch library, you might find Road Redemption is your cup of tea. After you take out the boss of a rich weapons cartel, a big price has been put on your head and every bike-driving bad man wants to cash in. Fight with what you've got, drive like the wind, and call on a few friends if you need the assistance. 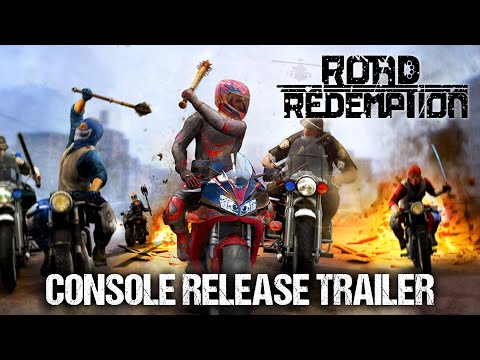 This genealogical roguelite gives you the perfect opportunity to be a hero, unlikely though you may be. Whenever you die, your children will succeed you and each one has something a little bit different to add to gameplay challenge. Colour blindness, dwarfism, and vertigo are a few of the many unique traits, but I wouldn't get too attached. From the sounds of it you'll die a lot more often than you're prepared for here.

Oddly enough, I believe all three of the Syberia series have already been out on the Switch separately, but with this combined edition you can play the first two in one sitting if you're really keen. Journey along with Kate Walker on the trip of a lifetime as you search from Western Europe to Eastern Russia for Hans Voralberg, inventor of the automatons. 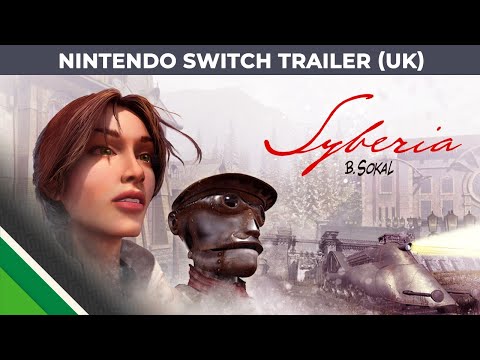 I played this one back when it first came out on Steam and, I'll warn you now, I ugly cried in it quite unashamedly. It follows the story of five characters, one of which is a loveable canine, in the throes of war. Through destiny or love, each of these characters are drawn together in an attempt to survive the horrors and retain their humanity in this adventure puzzler. Have some tissues handy. 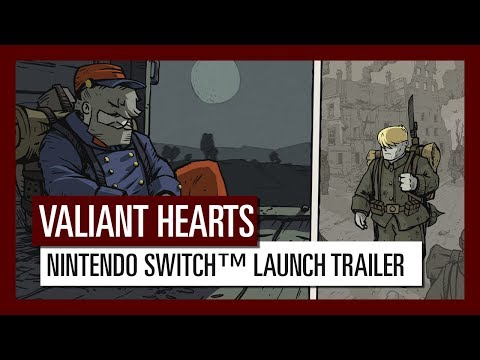 Final Fantasy just got a whole lot cuter in this latest release. In Maxima, you'll see characters from the series' lore and more monsters pop up in this enhanced version of World of Final Fantasy. Building on the original, you can now also change up your avatars, allowing Reynn and Lann to fight as Champions. Lovely. 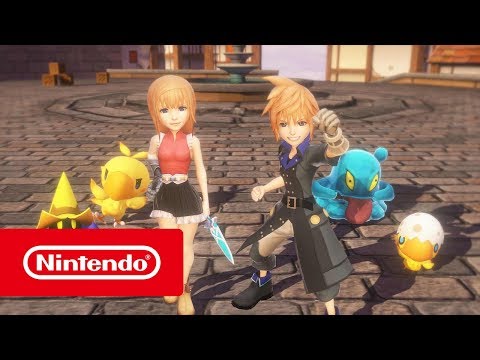