How to follow the yellow brick road in Monsters Invade: Oz - hints, tips, and tricks

We're off to see the wizard with our handy guide

At review, we gave Monsters Invade: Oz a 5, and criticised its "ropey freemium nonsense". You see: the developer's need to make cash simply gets in the way of your desire to have a good time.

Luckily there are some ways around this. Little strategies that you can implement into the way you play to better enjoy this curiously quirky Pokemon-a-like for your mobile device.

Perhaps even more fortunately, you've happened upon the exact right place that you can find all of these amazing guidelines for getting the most out of the game: this article. 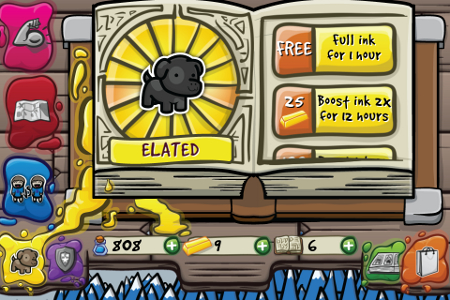 The thing I took from The Wizard of Oz, is that in the end it's your friends that get you through the rough periods of life.

In Monsters Invade: Oz, your friends in the game are incredibly important, too.

Take Toto for example. He's your puppy pal, and he'll never leave your side. More than that, he's the little tyke who's generating all that precious Ink you'll need to heal your monsters, and consequently keep playing for longer periods of time.

Before you quit out of the game, make sure to press the yellow button in the top right-hand side of the screen so that you can pet him. This will make him happy, and therefore produce the full amount of Ink possible for one hour. You should come back every hour to ensure that Toto's giving it his best, if you're really serious about playing.

It also makes sense to have as many monsters as you possibly can, as their health regenerates a little after they recover from being knocked out. This will usually give you at least one extra chance at defeating a particularly troublesome enemy, or you can use this extra health to take them into extremely high level battles to get in one attack against a creature much more powerful than them. 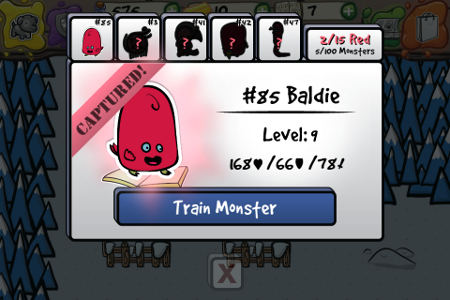 To allow you to wield more monsters in battle, you'll need to buy more slots, and these cost Gold.

Here's the truth: if you want to play Monsters Invade: Oz for any considerable amount of time, you'll either have to cough up some dough from extra currency, or you'll need to be very conservative with the way you spend the Gold you earn naturally.

Either way, you'll want to spend Gold on things that have lasting impact on the way your character plays, rather than short term solutions to problems. Open up the menu and tap the picture of the flexing arm. You can then spend moolah on giving your monsters more health, a better defence, or stronger attack power.

They may cost a fair bit, but in the end, they're better value than splurging the lot on reviving monsters or giving yourself temporary bonuses in battle. 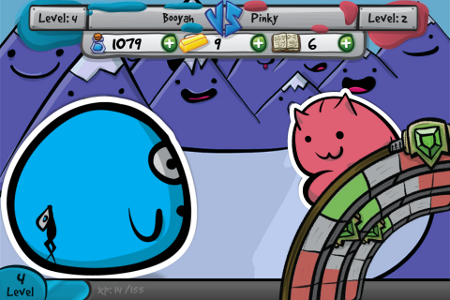 There are multiple ways you can change your approach of moment-to-moment play that will help you make progress, and ensure you're in the game for as long as possible.

The first is to ensure you're always topping up the health of your creatures when you're fighting monsters that are of equal or higher level. You might think you can risk taking another hit, but since the Ink used to heal creatures is gained for free over time, you may as well use it whenever you can and avoid having your creature getting knocked out.

The second is to head straight for your objectives whenever possible, and do not explore unless absolutely necessary. Since encounters are random, unless you're over-levelled for the area you're in, it's beneficial for you to take as few steps as possible, to get into as few scrapes as you can.

The third, and probably the best tip I can give anyone playing, is to go and grind in previous areas. If you've got the time to invest, you can level up monsters pretty quickly in previous areas, with little threat of getting knocked out.

Got any more tips to share? Let us and the rest of the PG community know them by leaving them in a comment below.