Hands-on with the latest in Capcom's action RPG series

Don't tell PETA: we spent an afternoon last week tracking rare creatures and attempting to hack them to bits. We swear it was all in the name of research. And in fairness, they got the better of us most of the time.

Confirmed for a 3DS launch on Friday 15th July, Monster Hunter Generations is the newest instalment in the sprawling Capcom series. It began on the PlayStation 2 in 2004. But the cult Japanese phenomenon now extends to multiple platforms and together has sold more than 36 million units worldwide, spawning comics, card games and anime series too.

This is the fourth 3DS episode, and it's known as Monster Hunter X in Japan. 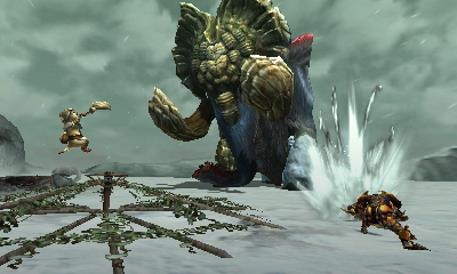 Generations is pitched as the most customisable Monster Hunter experience to date, with a blend of brand new areas and monsters, and a mix of modes that will appeal to newcomers and returning gamers alike. We played it at a Nintendo event last week in London.

Monster Hunter has a reputation as difficult, featuring lots of grinding progress and trial-and-error character death. It's one for the kind of masochists who enjoy Dark Souls, joked somebody playing alongside us. This version has loads more options, though, and a new Prowler mode intended for newcomers and casual gamers.

Here's why we think this might be the place to take your first leap into the franchise: 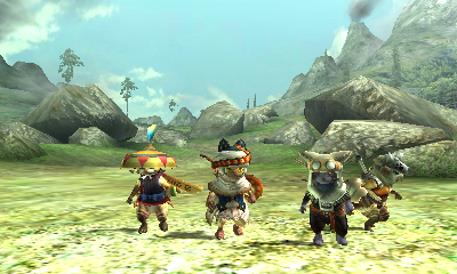 You can play as the Prowler

Meow! The Prowler was the cat-like AI sidekick who accompanies your hunter in earlier games, one of the Palicoes. But he's now playable, with his own quests and rewards... and it's a more forgiving experience.

The Prowler is an easier route into the game, offering quicker progress, less complicated play (bash that A button and you’ll do fine) and fewer restrictions. His stamina lasts longer, and you don’t run out of nets so gathering resources is less painful.

There’s still nuance to playing him so experienced players will get a kick out of his quests, and completists will want to play every mode to see all of the game. But it's newbies who'll get the most out of the Prowler - he's the character to select if you're new to the series. 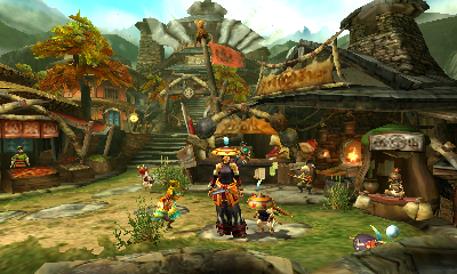 There's a ton of customisation

Monster Hunter Generations introduces new mechanics including Styles and Hunter Arts that refine how you play and enable you to personalise your character's progression.

You can leap on monsters from mid-air using the Aerial Style and its "Death from Above" attack. There's also the Adept Style with devastating Insta-Moves that need precise timing, and Striker Style which builds up special attacks the more you hit monsters. Finally there's Guild Style, which is the standard mode most like Monster Hunter 4 Ultimate. All four make use of new Hunter Arts abilities and 14 weapon types.

You'll face a roster of brand new monsters too, including Great Maccao, Nargacuga and Glavenus, the three monsters we battled in the demo. In the sample version we played, a hunt had a time limit of 20 mins but in the full version a hunt will last up to 50 minutes. We're also promised returning enemies like the Deadqueen Rathian and Grimclaw Tigrex - although you'll find they've evolved new traits and abilities. 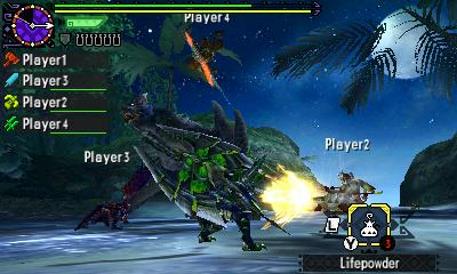 Although the single player version is good to get your head around the game – and it is complicated, with special moves and power-ups and limited potions and special abilities to juggle – where you understand how much fun it can be is in four-player co-op mode. This is where you gang up to hunt down beasts, either online or via local play.

Two of your buddies charging in with giant swords, a third whirling like a maniac with dual blades, while you stand back firing a gunbow at the beast from afar, turns an interesting game into a genuinely fun one. Nothing raises the blood pressure like looking through your scope and seeing the Nargacuga's red eyes spot you and leap past your mates' swords in your direction. It's frantic and the fantasy locations look wonderful in 3D. 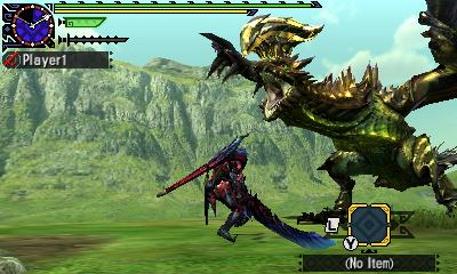