All are equal in the face of death

Monster Hunter Generations is filled with cameos of characters from other franchises that you can actually play as. The Japanese version already features plenty of costumes and weapons from characters like Link and Toon Link and, of course, they'll be in the upcoming western release. 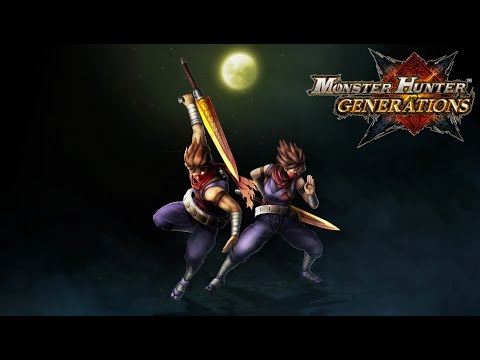 In the game's latest trailer, you'll be able to see the nice moves that you can pull off with Strider Hiryu's weapons . If you're not familiar with him, he's the main protagonist from Strider and he also appeared in the manga of the same name.

The game's out July 15th and you can already try the demo right now.
Next Up :
Myst Mobile, a new and improved 3D remake of the legendary 1993 puzzler, is due out sometime in the future on iOS