Money Heist, the Netflix original show, will be getting a mobile game adaptation next year

Developer KilaSoft has teamed up with Netflix to develop a video game adaptation of the popular crime drama Money Heist for mobile devices. Players can expect a heist simulator with lots of stealth elements and challenging, dramatic heists to steal as much money as possible from a variety of bank levels.

Given how popular Netflix’s recent mobile game endeavours have been, it’s hardly a shock to see them adapt their more popular shows like Queen’s Gambit and now Money Heist, otherwise known as La Casa De Papel. The show features a lot of intense heisting situations much like something like Payday: The Heist but in TV form, and this mobile adaptation hopes to be able to emulate that experience for gamers. 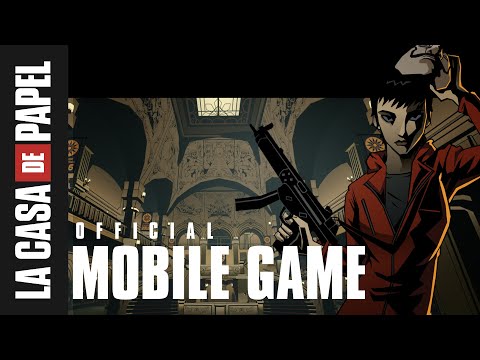 Within the game, you’ll be able to play as multiple members of the TV show’s crew, who will each have their own unique abilities and specialities. For example, one character might be better at stealthing around the banks and staying under the radar, while another might be better at the lockpicking puzzles which will also be a prime feature of the game as well.

On top of the features, the art style of this adaptation takes on a very interesting form as a cel-shaded type of look, akin to Borderlands or Dishonored. You’ll be experiencing a bunch of intense sections that range from those previously mentioned stealthy sleuthing sort of situations as well as numerous puzzles and mini-games. Of course, those familiar with the show will know that there’s gonna be some crazy shootouts as well, and those will be here too. Cover-based shooting sections will take their place within the normal gameplay loop and keep players engaged with their heists even when they go awry.

If you’re a fan of the show or just want a good mobile heist simulator, this one is made for you. To stay up-to-date with more news while we wait for the 2023 release date, you can follow the official Netflix Geeked Twitter and keep an eye out for any updates.

Looking for more intense action titles to keep your adrenaline high? Check out our Top 25 best action games for iOS!
Next Up :
Phoenix Wright Trilogy relaunches on iOS and Android with new and improved graphics amongst other improvements