OPTILLUSION’s Moncage, which is releasing next year on mobile devices, has a new trailer showcasing its mind-bending puzzles.

Moncage blends optical illusions with cube-shaped puzzle areas, where each face of the cube can interact with each other as part of its vignette puzzles, ultimately helping you discover fun secrets and unlock more of the story within. The new trailer showcases more of this kind of stuff, and how well multiple sides of the cube can influence each other.

Developed by a team of two, there are over 60 puzzles and 50 worlds to explore in Moncage, in which you need to explore each side of the cube and find new perspectives, control the illusions and discover the hidden links across each face to discover its meaning. 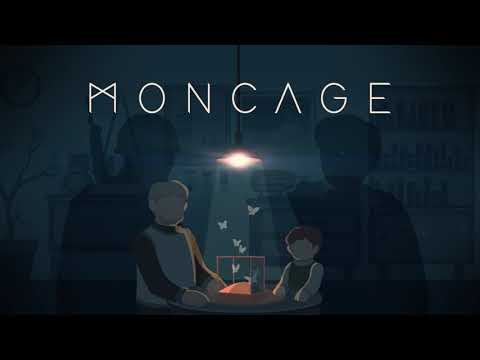 As well as the new trailer, OPTILLUSION has also announced partnership with X.D. Network to publish the game next year. "We are extremely excited to be working with OPTILLUSION to publish Moncage,” says Brandy Wu from X.D. Network. "We knew the developers were special the moment we met them. They not only had a unique vision for this game but also the amazing talent bring that vision to life."

In the past, X.D. Network has helped to launch games such as ICEY and Muse Dash, which reached the top selling charts.
Despite not being released until next year, Moncage has already received a staggering amount of recognition. It won a “1st Place: Best Gameplay” award from the Intel University Showcase, and was also an official selection for the PAX Indie Mega Booth showcase.

Moncage releases on mobile platforms next year alongside its release on PC and Nintendo Switch. Store pages aren’t up on mobile yet but you can keep up with development of the game by wishlisting it on Steam.

Check out our list for the top 25 best relaxing games on Android.
Next Up :
Space Leaper: Cocoon is out now on iOS and Android along with a special partnership with Vtuber Doranana

Moncage is out now on iOS and Android, letting players manipulate cubes to reveal hidden memories