Artstorm studio has released a new update for Modern Warships, its online naval action game on mobile. With almost 20 million total downloads and a whopping 400,000 daily players, the game offers fans more reasons to dive into battle as Patch 0.48.0 adds a clan system, new mechanics, a new map and so much more.

In Modern Warships, players can expect updated playable units and tons of improvements among other things in the latest update. In particular, players can create their own clans or join existing ones to team up with up to 200 members and duke it out in an exhilarating global clan leadership race. There will also be a new map called "Islands of Iceland", where eager players can put their skills to the test in navigating narrow passages and engaging in close-range combat.

A Chinese analog of the Zumwalt, CN Type 058, will also be joining the fray. This powerhouse can deal damage in manual mode with its locked railgun, while the X Wind 4000 is a French trimaran equipped with Bofors Stealth cannon plus two helicopters. On the other hand, J-50 is a new generation Chinese fighter aircraft along with the Chinese attack aircraft J-25. Meanwhile, the CN Type 055 ship, the Type 730 and the Type 1130 machine guns have been remastered. 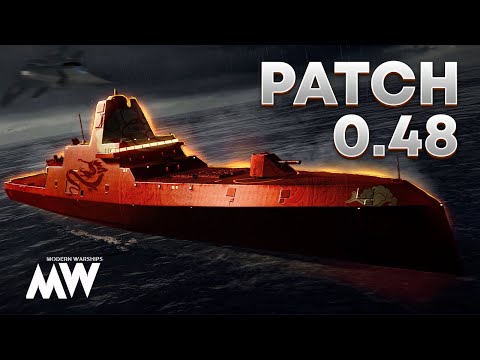 Apart from new game mechanics such as timer settings and a kill assist reward system, there are plenty of other updates to look forward to in Modern Warships. If you're eager to join in on all the festivities, you can have a look at the embedded clip above to get a feel of the update, or download the game on the iOS App Store or on the Google Play Store for Android devices. It's a free-to-play game with in-app purchases.

Are you on the hunt for more action games that will put your skills to the test on your mobile device? Why not take a gander at our list of the top 25 best action games for Android phones and tablets?

Next Up :
Gibbon: Beyond The Trees raises awareness on climate change in a gorgeous ecological adventure, coming soon to Apple Arcade