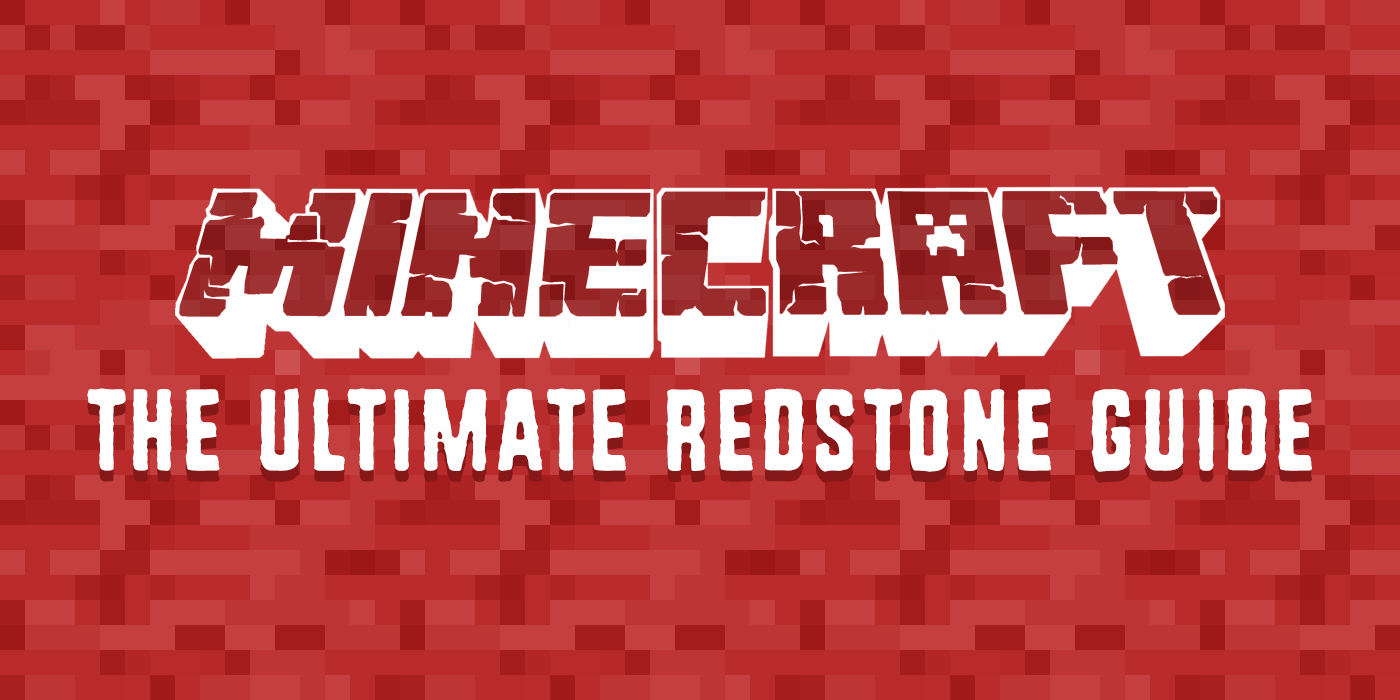 We now know how redstone circuits work, and we know about all the power sources in the game. Finally, let's look at the devices we'll be powering. 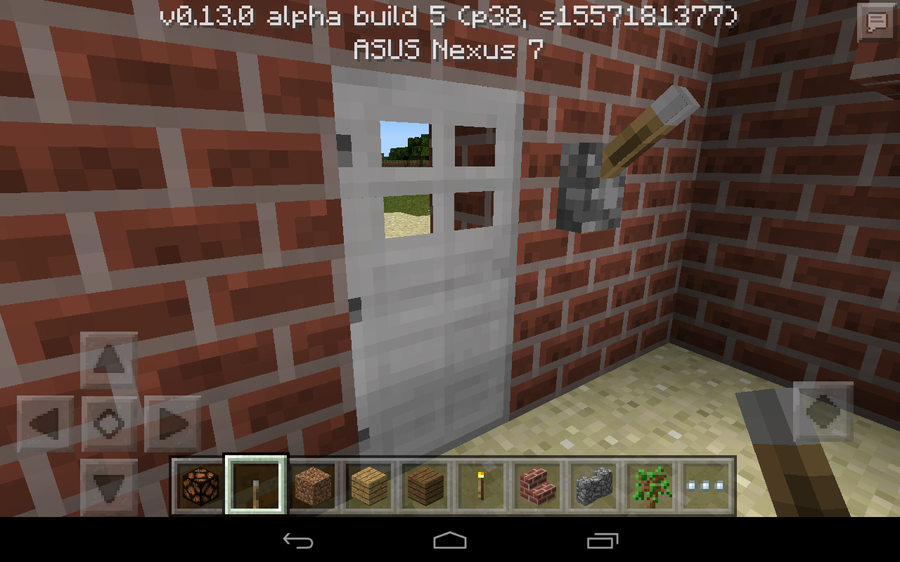 All of these doors can be triggered to open or shut, using redstone. The iron door can only be activated using redstone, which stops villagers from opening the door and zombies from breaking them down. 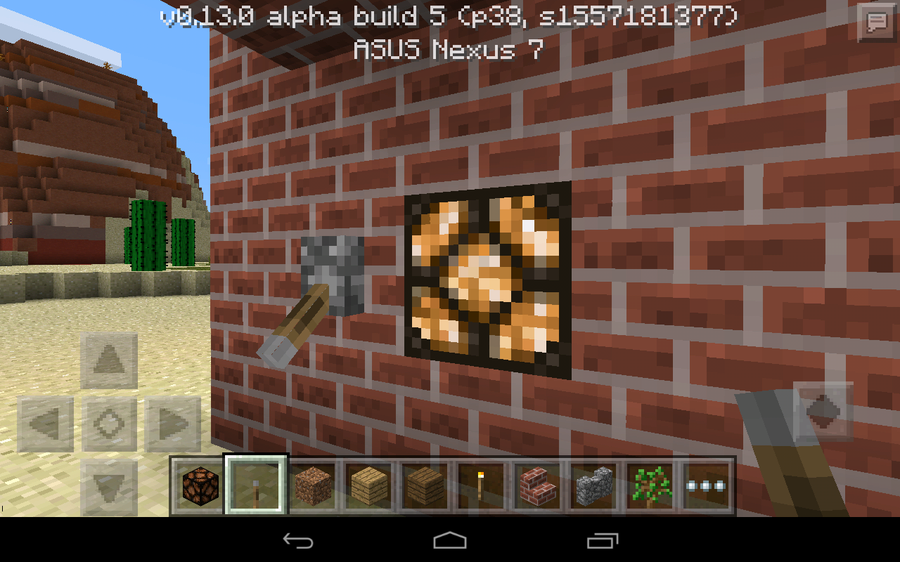 A big bright light source which can be turned on and off through redstone power. 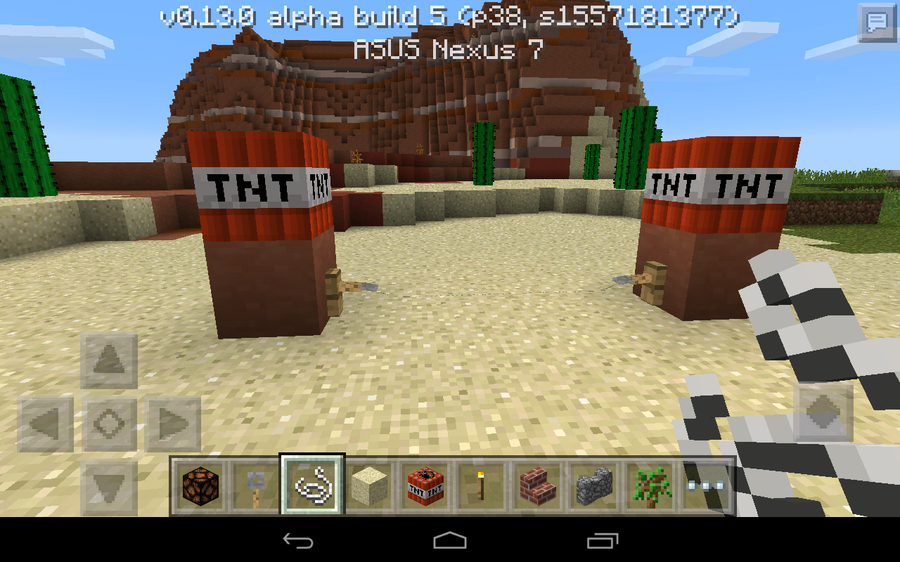 An explosive block that blows up and destroys anything within its radius. It can be triggered with redstone - at which point, you have about four seconds to duck and cover! 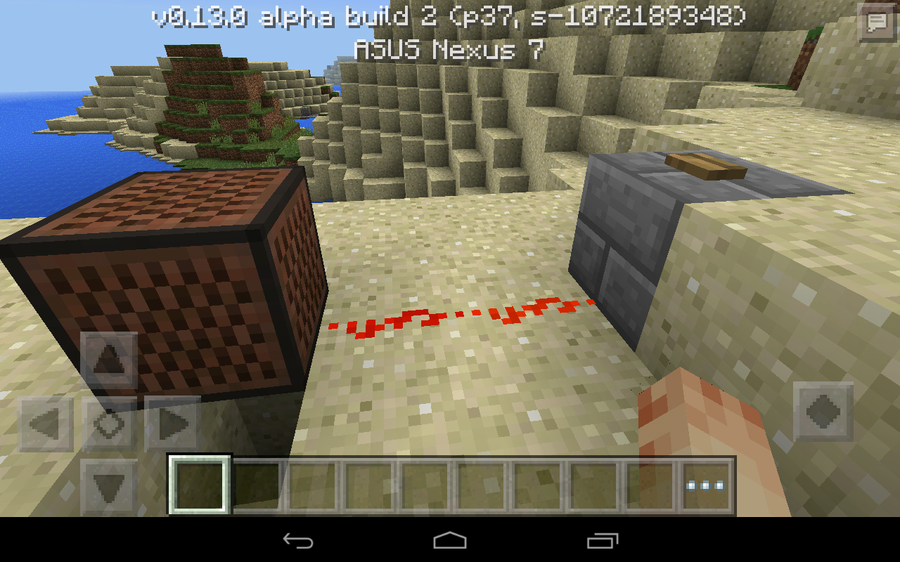 This block plays a musical note when it first receives power. Which means it's best used with a button or a pressure plate. Hit the block to cycle through its notes, and then it will play the last note when it is next powered.

The block beneath the note block will also dictate the type of sound it plays. 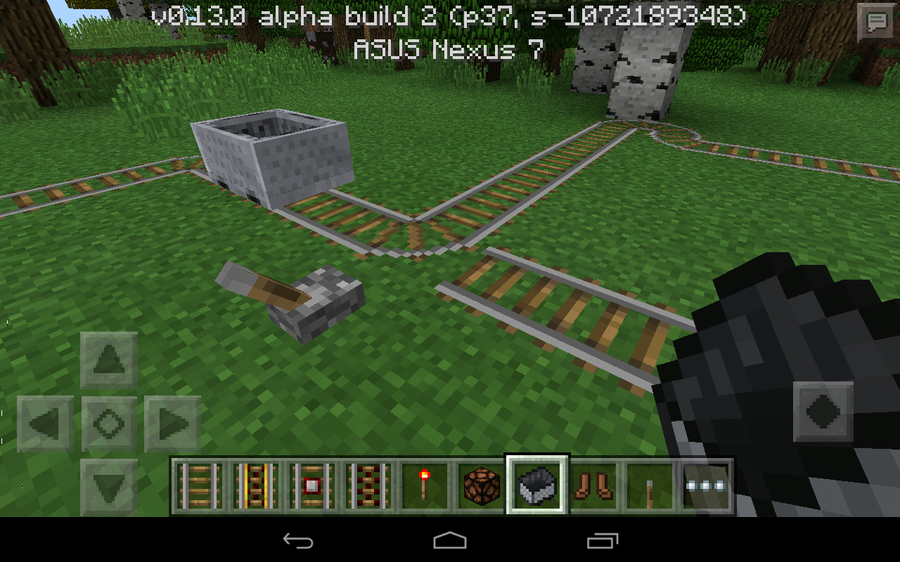 If you place a rail next to a curved rail, like shown above, and then provide redstone power, the rail connection will switch orientation. Which is pretty handy. 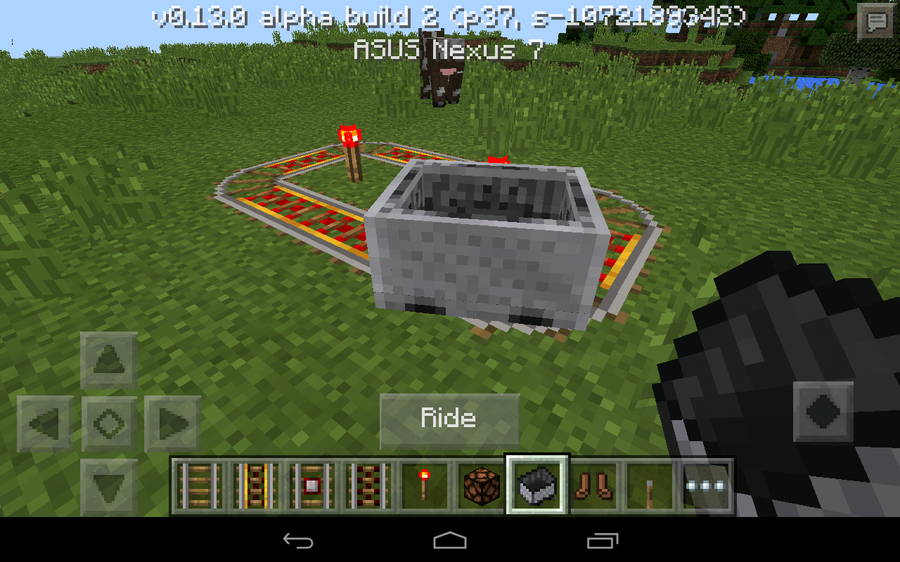 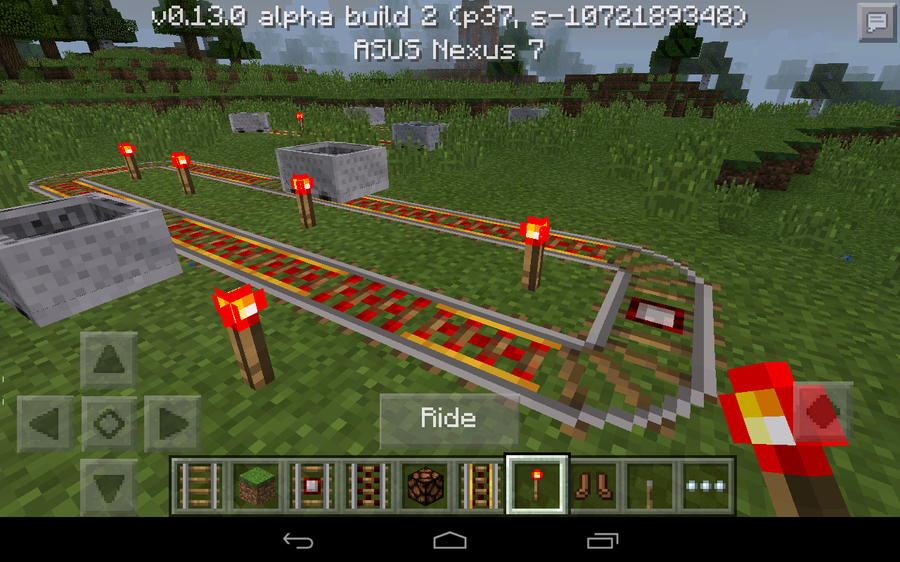 A powered activator rail will make a player or mob fall out of a minecart, if they are riding one and go over the rail. 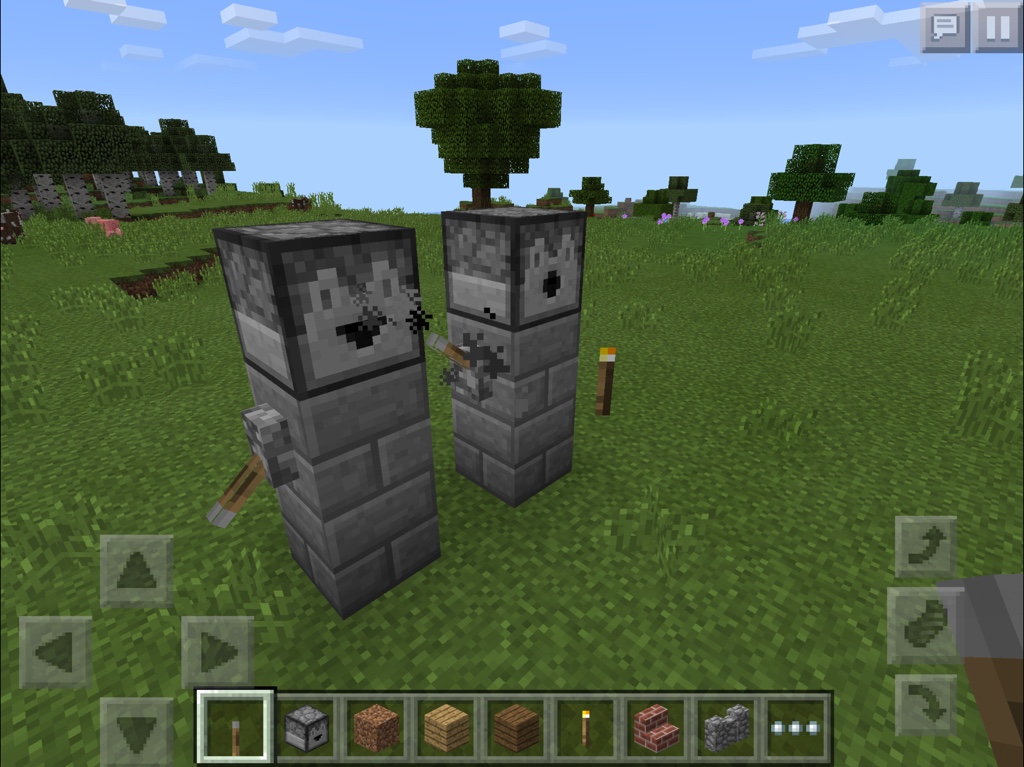 Dispensers and droppers are devices that have a nine-slot inventory, and they will eject one of their inventory objects out whenever activated by redstone.

Droppers (Left) are almost exactly the same as dispensers (Right), but don't require a bow in their crafting recipe, and have some crucial differences.

Droppers will always just produce an item for you to pick up, but dispensers will actually fire objects that can be fired (such as arrows), or spill out liquids that can be spilled (like water). 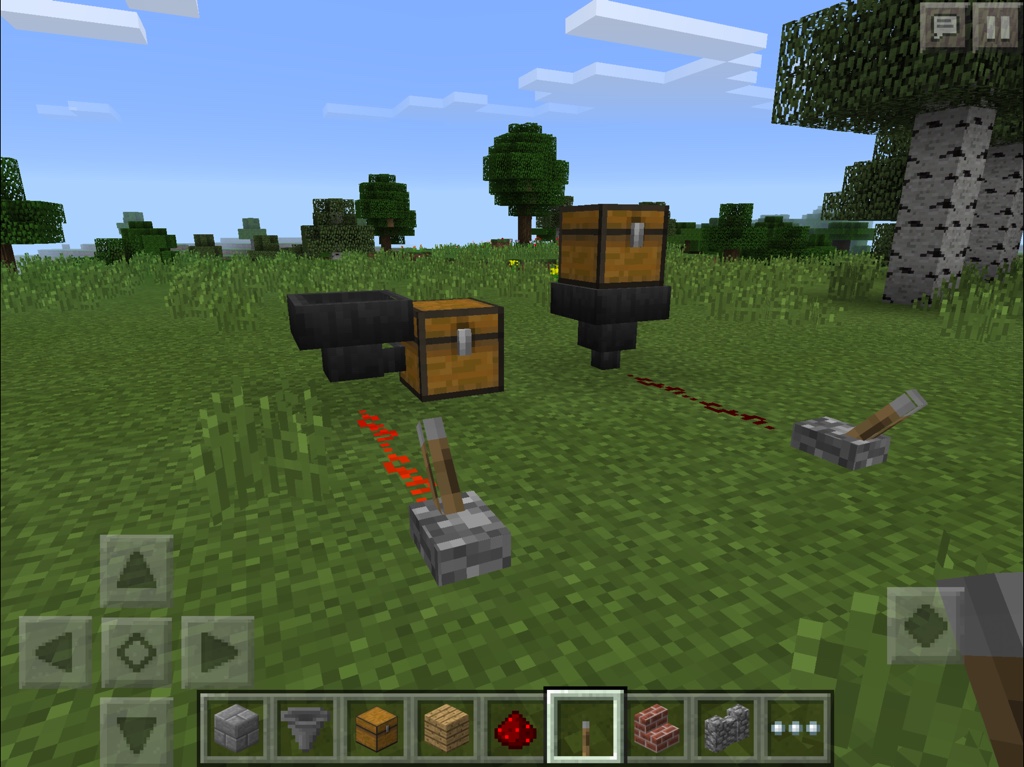 Hoppers slowly transfer items to a container (like a chest), or slowly siphon items from a container. Hoppers are connected to containers while you're in sneak mode.

Hoppers will suck, siphon, and transfer all by themselves - but if you hook them up to a redstone circuit then you can stop them from sucking, siphoning, and transferring items by turning off the power.

A piston is a redstone device that, when powered, will push out and shove any block or item in front of it. It's crafted from four cobblestone blocks, some redstone, an iron ingot, and three wooden planks of any kind.

The piston can push up to 12 blocks in a line. And it will push pretty much every block in the game: even "block entities" like chests and brewing stands that can't be pushed in the PC edition.

Some blocks - like torches and redstone repeaters - break off into object drops when pushed.

The only blocks we found that couldn't be pushed at all (i.e. the piston head just doesn't come out) are the enchantment table and the end portal (creative only).

Combine a piston with a slime ball and you've got a sticky piston. This works in the same way as a piston, but any block touching the head will be pulled back towards the piston when the head retracts.