It's set to arrive on December 1st

Million Victories' popular MMO Million Lords is set to receive a substantial update on 1st December called Leagues of Glory. The developers say this will push the competitiveness and fun of the MMO even further than before.

The update will see each player placed into one of three leagues which will be represented by the usual Olympic names of Bronze, Silver and Gold. The aim will be to climb up the ladder above your opponents and become recognised as a Legendary Lord. 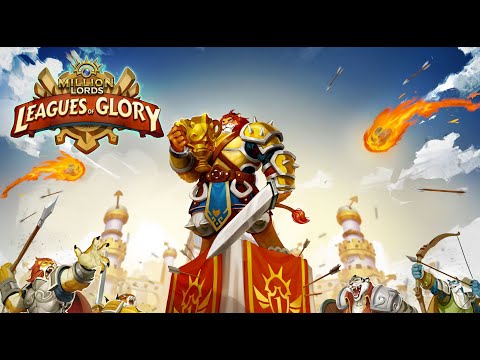 Million Victories believe this will be a turning point for their MMO. They hope that the league system will reinforce the competitive nature of the game and by grouping players with others of a similar skill level, it will increase the level of fun they will have with the game too. Which makes good logical sense, being destroyed by an infinitely more skilled opponent is never fun.

From December 1st and the implementation of the update, each new season will see playing vying to improve their league ranking and climb to the next level. As they do so they'll be able to earn themselves a bevvy of rewards. Additionally, all beginners to the game will compete on dedicated servers.

Discussing the upcoming update Kévin Avril, Game Designer at Million Victories said: “The leagues are completely changing the game experience for all our players. Everyone will finally be able to fight against opponents of the same level. The stakes will be extremely exciting: rewards, prestige and higher rank!”

Looking for other strategy games to play on your phone? Here are 25 of best the available for iPhone and iPad
Next Up :
Space Leaper: Cocoon is out now on iOS and Android along with a special partnership with Vtuber Doranana