Free for PlayStation Plus subscribers

Brain-bothering puzzler Metrico is now available to download on PS Vita, everywhere. And it's free if you're a PlayStation Plus subscriber.

The game is inspired by stats and data, and each level is a living infographic that dynamically edits itself to reflect your movements.

Which means you might have a bar chart that represents your horizontal coordinates, so it springs up and down as you run left and right. You'll then use that chart as a moving platform to help solve a puzzle.

But that's just the start. Like an Inuit and a whale, Metrico uses practically every part of the PS Vita, and there are some ingenious puzzles that react to the touchscreen, gyroscope, and even camera. 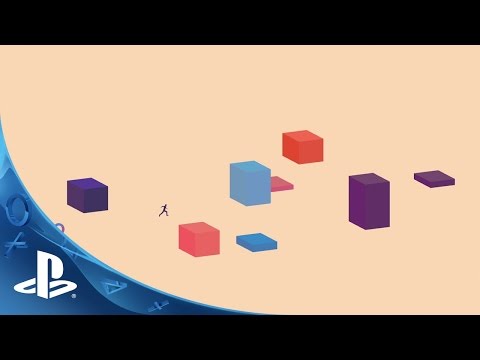 Subscribe to Pocket Gamer on
There are roughly 100 puzzles to solve, which are found in six distinct levels. Each has its own lush visual identity, and its own synth-y score by Dutch composer Palmbomen.

We gave the game a Gold Award, and said "Metrico is a beautiful, imaginative, and ingenious puzzle game with an original idea at its heart and some seriously sharp brainteasers."

It's out now on PlayStation Store in both Europe and the US, where it costs £9.99 / $13.99. And it's free for PlayStation Plus subscribers for one month.