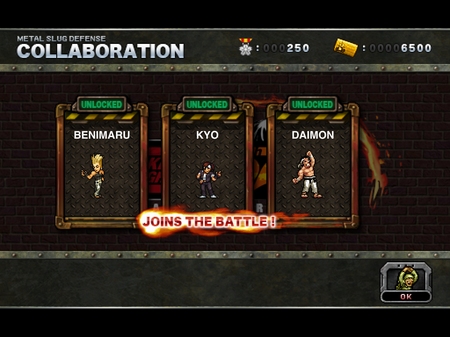 SNK's face-punching series The King of Fighters turned 20 in the summer of last year. So, for a belated birthday present, SNK has shoved three fighters into weird tower defence game Metal Slug Defense.

It's not a present for you, though. If you want cute pixelated versions of Kyo Kusanagi, Benimaru Nikaido, and Goro Daimon you'll have to pay a £3.99 / $4.99 in-app purchase to get 'Japan Team' for your roster. 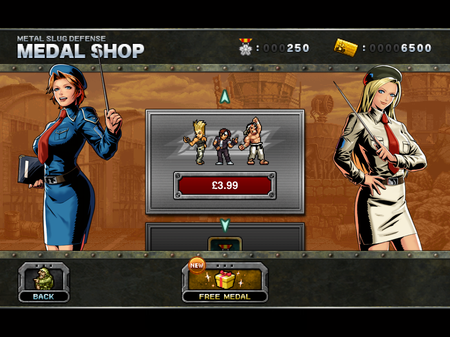 The update on iOS also promises new units and areas, and fresh Special Missions to the game, but no word of that on the Android version.

Metal Slug Defense is free to play, and we called it "a surprisingly faithful recreation of the tone of the Metal Slug franchise, transposed to a tower defence game" in our Bronze Award review. Probably worth a look, then.